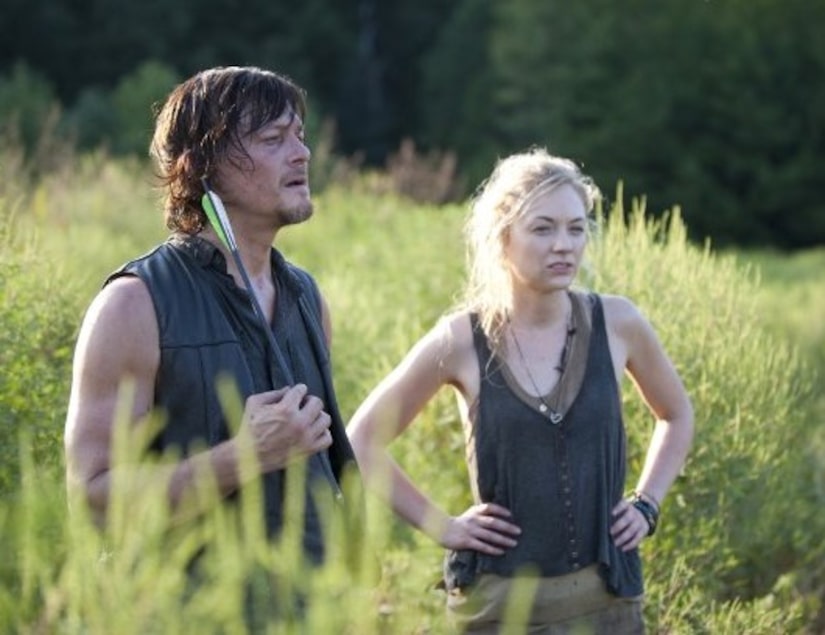 In last week's mid-season premiere of “The Walking Dead,” we found out what happened to Carl, Rick and Michonne after all hell broke loose at the prison, and everyone was scattered to the zombie winds.

In this week's episode “Inmates,” we see how the other splintered groups are faring. Here's a rundown:

Daryl and Beth: Our crossbow-wielding hero has pretty much shutdown and is in pure survival mode, while sweet Beth wants to believe they will find other survivors. When they come across some walkers chowing down on human remains (we aren't sure who) near train tracks, Beth loses it for a moment, while Daryl remains unfazed. They keep moving. Daryl probably wishes he had escaped with just about anyone else.

Tyreese, Mika, Lizzie and... baby Judith: The little one did indeed make it out of the prison alive, and is now in the arms of Tyreese, who's trying hard to keep the girls strong. He ends up leaving the girls alone with Judith, however, when they hear someone screaming nearby. He comes on the scene at the train tracks where some survivors are fighting zombies… and losing (this is what Daryl and Beth saw the aftermath of). There is something off about Lizzie, though. She has been damaged and shows little emotion. In fact, while she and Mika wait for Tyreese to return, she nearly suffocates Judith to keep her quiet. Help is on the way.

Heeere's Carol! Just as Tyreese kills the zombies at the train tracks, Carol shows up with the girls in tact. It makes sense this would be the group to team up with Carol. He is more than relieved to see her. But remember Tyreese doesn't know Carol was the one who killed his girlfriend, and he doesn't know Rick banished her. One of the men who was bitten tells them to head down the train tracks, and they'll find a sanctuary.

Maggie, Sasha and Bob: These three seem to be doing okay, but Maggie is determined to find Glenn and sets out to look for the bus she thinks her hubby is on. The others have no choice but to follow. They find the bus all right, filled with once prison folk, now zombies. After killing them all, Maggie breaks down with relief because Glenn isn't one of them.

Glenn: This means he didn't stay on the bus as it was escaping the prison melee. Instead, Glenn, who was still very weak from contracting the virus that nearly killed him, made it to a watchtower before passing out. He wakes up and has no idea what has happened to anyone. Glenn goes into the prison to get supplies and heads out in combat gear to find Maggie. He discovers Tara on his way out, and convinces her to join him, even if she was once in the Governor's camp. They make it out but soon run into some “Walking Dead” newbies. Who is Abraham Ford?