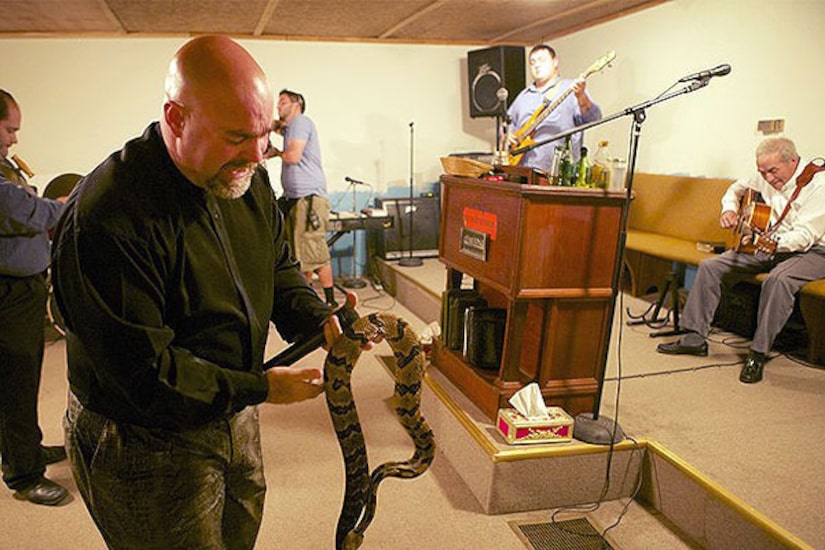 Pastor Jamie Coots, one of the stars of National Geographic's "Snake Salvation," has died after being bitten by a snake at a church service in Kentucky, reports WBIR TV.

The tragedy occurred at Full Gospel Tabernacle in Jesus Name Church in Middlesboro. Fellow preacher Cody Winn described the scene, saying Coots, an experienced snake handler, was holding a rattlesnake at the time.

"He had one of the rattlers in his hand, he came over and he was standing beside me. It was plain view, it just turned its head and bit him in the back of the hand... within a second," Winn said.

By the time an ambulance arrived, Coots had already left to go home. From there he refused medical treatment.

National Geographic said in a statement, "Those risks were always worth it to him and his congregants as a means to demonstrate their unwavering faith. We were honored to be allowed such unique access to pastor Jamie and his congregation during the course of our show, and give context to his method of worship."

In 1995, a woman at Coot's church in Tennessee was bitten by a rattlesnake and later died. Melinda Brown, a mother of five, reportedly stayed with Coot and refused medical treatment for two days before she passed away from the effects of the venom.