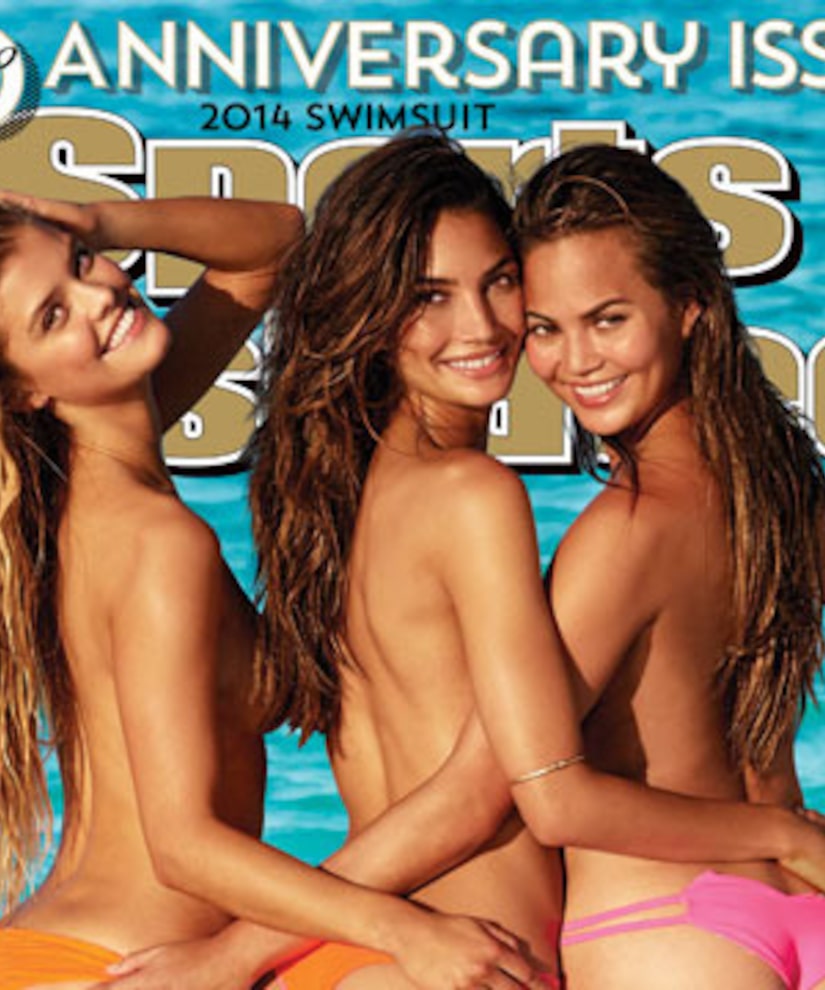 The new Sports Illustrated Swimsuit Issue features not one… but three hot topless models on the cover! The cheeky pic includes Chrissy Teigen, Nina Agdal and Lily Aldridge showing off their best assets.

Teigen, who has been in SI five times before, but never on the cover, told Associated Press that being chose for the cover was the "ultimate surprise" and the "best feeling in the world."

When asked why editors chose this picture, the 28-year-old explained that the three women had a blast during the shoot in the Cook Islands off the coast of New Zealand.

"The smiles that you're seeing are genuine," she said. "We had a good time, and it shows in the picture."

Teigen even joked that she might as well retire now. "Nothing is going to compare to this."