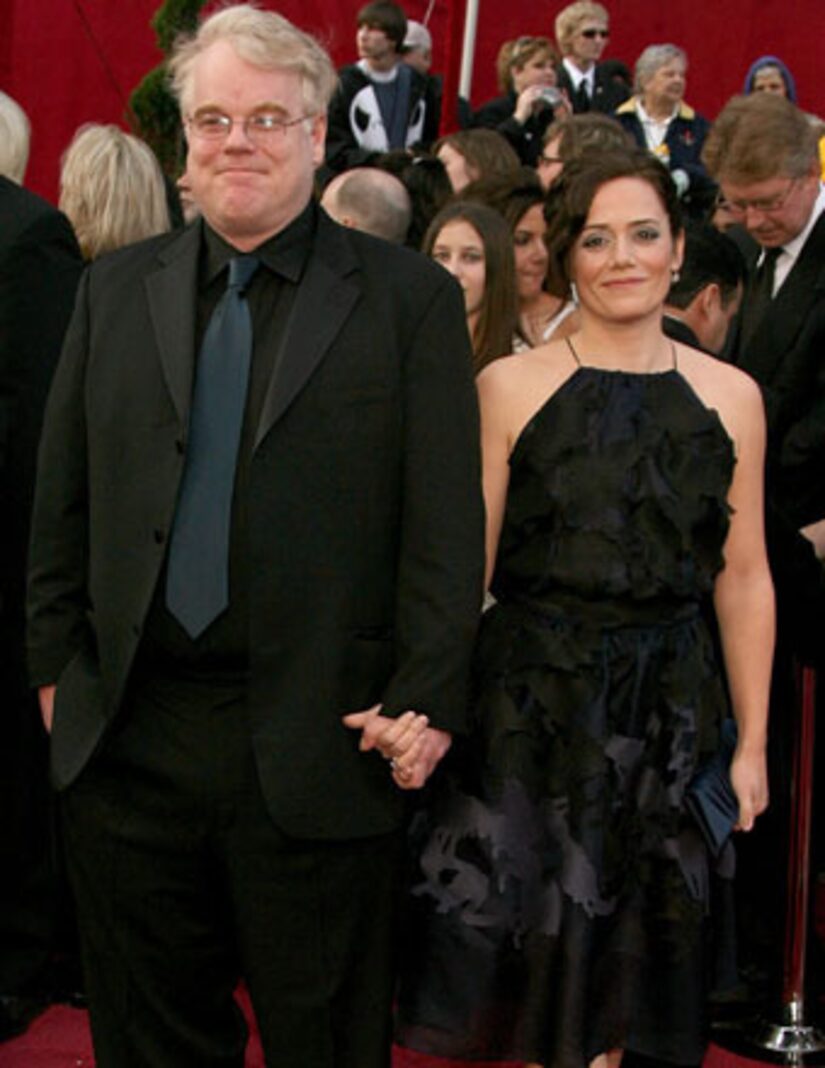 Shocking new reports claim Philip Seymour Hoffman was involved in a love triangle just prior to his death earlier this month.

Law enforcement sources told Page Six that Hoffman's private diary entries indicate he was “caught in between” his relationship with longtime partner Mimi O'Donnell and another woman.

Philip, 46, also implied that O'Donnell kicked him out of the house three months ago because of his drug use and his new gal pal. Based on the writings, Hoffman believed Mimi, the mother of his three children, was hoping tough love would get him back on track.

NBC News also reports that Hoffman, who died of an apparent heroin overdose, wrote about his time in rehab in May 2013 and about attending Narcotics Anonymous. He also wrote of “demons” and drug dealings.

Sources told the news agency that some of the handwritten entries are hard to read.

“It's stream of consciousness and difficult to follow,” said one insider. “In one line he refers to 'Frank who always owes money' and on the same page he writes about a 15-year-old girl from Texas.”

Another source said, “It seems he did at least part of it in rehab. It definitely contained some soul searching, but there is also a fair amount of rambling that doesn't make sense.”

Although there are references to drug deals in the journal, authorities say that it was a tipster who led them to four suspects last week.