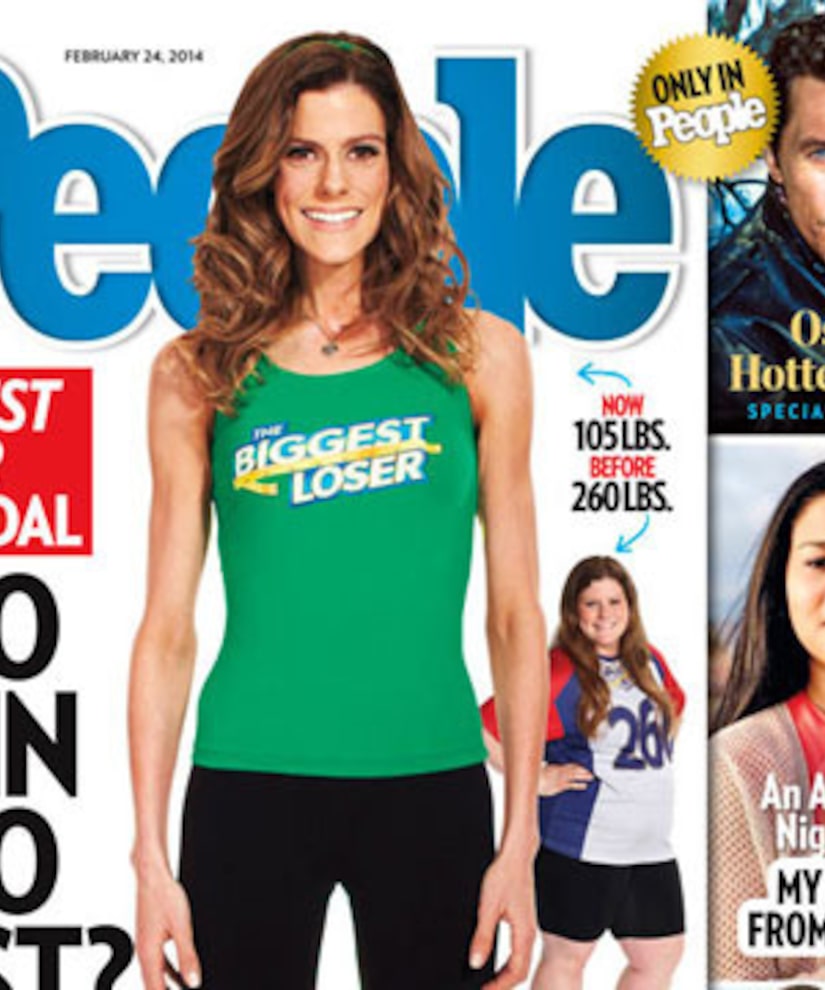 Rachel Frederickson, winner of “The Biggest Loser,” is finally speaking out about her controversial weight loss.

The voice actress from L.A. started the show at 260, and dropped 155 pounds for the win. The 5'4” contestant weighed 105 when she stepped on the scale at the finale.

Frederickson, 24, sat down with People magazine just days after the win, revealing she was on a 1,600-calorie diet and rigorous 6-hour per day work out regimen leading up to the final episode.

"Maybe I was a little too enthusiastic in my training to get to the finale," she said.

When asked if she had an eating disorder, Rachel said, “I am very, very healthy.”

Her trainer, Dolvett Quince, admitted he was “shocked” by her appearance. "The first thing that went through my mind was, 'That's just too much,'" he told the mag.

An insider at In Touch has also revealed that Rachel used an infrared sauna, which is known for burning calories and boosting metabolism.

“She came in almost every day for two-and-a-half weeks before the finale,” the source at Firm Body Evolution in LA told the mag. “You can burn up to 600 calories in a half-hour session, although everyone is different."

Previously, trainer Bob Harper, who did not work directly with Frederickson, said he was also shocked by her weight loss. Past winners have been supportive of Rachel, saying she probably did it for the $250,000 prize.

For more of Rachel's story, pick up this week's issue of People magazine, on newsstands Friday.