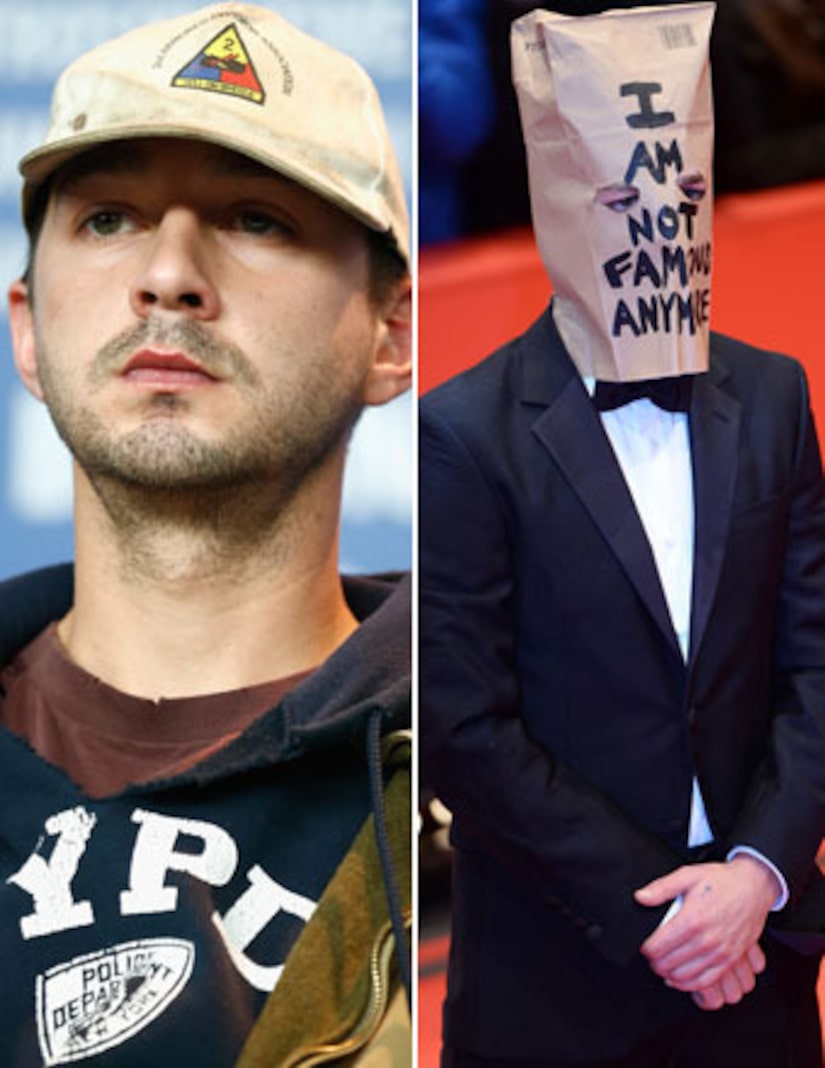 Shia LaBeouf didn't look so good at the “Nymphomaniac” press conference on Sunday in Berlin. The actor was noticeably thin, wearing crumpled clothing and missing a tooth. He seemed disgruntled too, storming out of the room after just one question. LaBeouf's mood didn't seem to improve later in the night, when he showed up to the film's red carpet premiere... with a paper bag over his head.

Trouble started when a reporter at the press conference asked about the movie's sex scenes, which are reportedly real.

LaBeouf, who filmed the explicit scenes with his girlfriend Mia Goth, replied with a quote from French soccer legend Eric Cantona. “When the seagulls follow the trawler, it's because they think sardines will be thrown into the sea. Thank you very much.”

As the 27-year-old got up to leave, his co-stars, including Uma Thurman and Christian Slater, applauded.

Afterward, Slater tried to lighten the mood, telling the crowd, "Obviously, the script is packed with a lot of sardines... one sardine after another."

According to the Hollywood Reporter, Shia had a legitimate reason for missing a bottom tooth. He shaved it down for his role in “Fury,” which recently wrapped filming.

Later, Shia showed up on the "Nymphomaniac" red carpet wearing a paper bag over his head that read, "I am not famous anymore."

LaBeouf is no stranger to controversy. Within the last year, he headbutted a guy in a London bar (see the video), and was accused of plagiarizing a comic book writer.