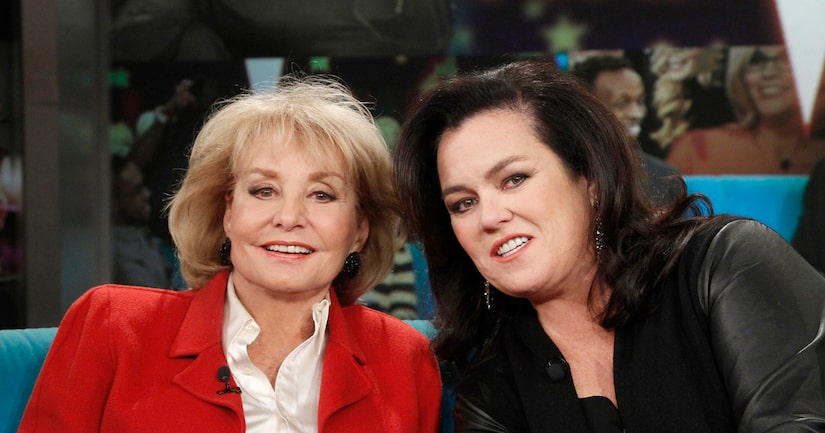 Comedian Rosie O'Donnell is back on “The View” couch! O'Donnell will be a guest on the daytime gabfest on Friday… for the first time since her acrimonious split from the show in 2007.

In promos for the guest spot, Barbara Walters offered this introduction about her: "We had some good times. We had some bad times. But they were never boring." Rosie replied, “It feels weird. But good weird.”

Would Rosie ever consider re-joining the “View” team? Not likely. The comedian said that while she sometimes misses being a talk show host and the ability to weigh in on hot topics, she doesn't miss the occasional backlash that came with voicing her opinions.

She said, “I don't miss that when you do say something that perhaps people are not ready for or disagree with, boy your Twitter feed blows up!”

O'Donnell's one-year tenure as a panelist on the ABC show was notably stormy, especially when Rosie clashed with conservative former panelist Elisabeth Hasselbeck, now a host on "FOX & Friends."

The full episode of “The View” airs Friday morning on ABC!