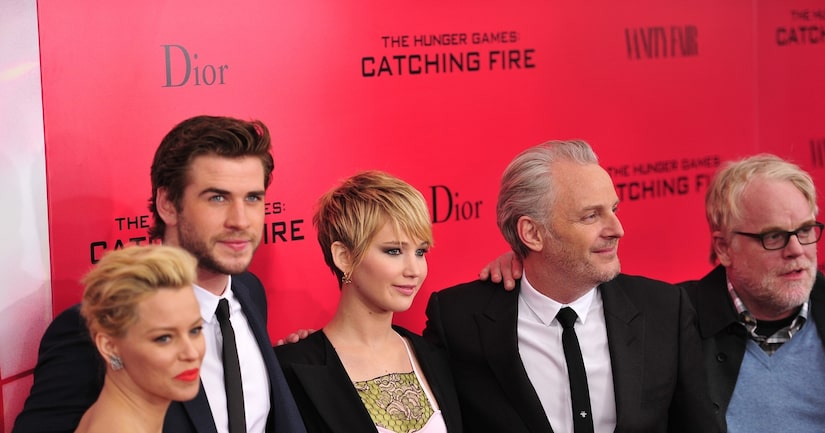 Banks, who plays Effie Trinkett in the "Hunger Games" franchise, said, “It’s a shock, total shock. We were playing against each other in Candy Crush just last week. He’s an incredible actor. Everybody respected him. I really enjoyed my time with him.”

Hoffman's other “Hunger Games” co-star Jennifer Lawrence released a joint statement with “Games” director Francis Lawrence, author Suzanne Collins and others. The statement reads, "Words cannot convey the devastating loss we are all feeling right now. Philip was a wonderful person and an exceptional talent, and our hearts are breaking. Our deepest thoughts and condolences go out to his family."

It's been reported that Hoffman's work on the "Hunger Games" films as rebel leader Plutarch Heavensbee was largely complete. Hoffman had just seven days left to shoot on "Mockingjay Part II," and it is believed that his death won't alter production schedules or release dates.

Banks is playing master builder Wyldstyle in the animated film “The Lego Movie,” which opens this Friday, and she chatted with AJ about her role.

Banks also talked about getting ready to direct "Pitch Perfect 2," and spilled some details on the upcoming "Hunger Games" movie.