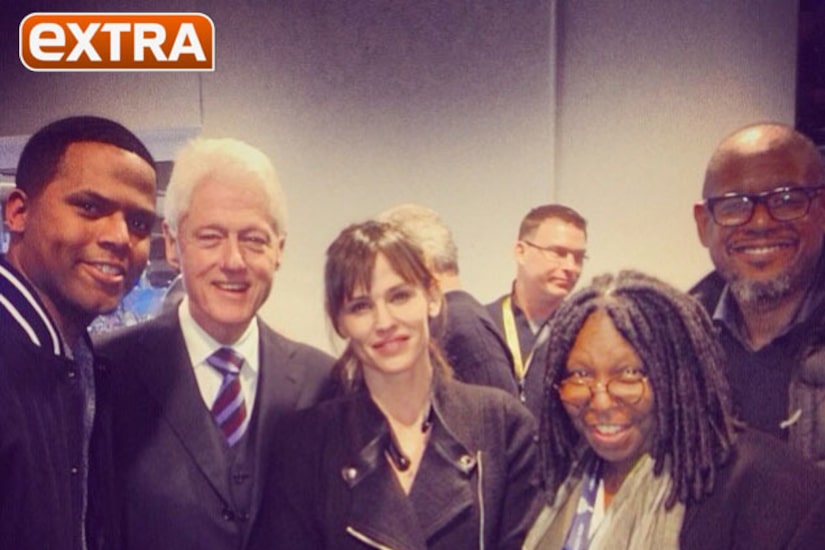 “Extra's” AJ Calloway was with all the stars at the Super Bowl, even getting a quick interview with former President Bill Clinton, who was there to enjoy the game with friends Whoopi Goldberg and Forest Whitaker.

Calloway asked if his wife, former Secretary of State Hillary Clinton, would run for president in 2016. Bill laughed, “Ask her… I just work here.”

Hillary was not at the game, but tweeted, “It's so much more fun to watch FOX when it's someone else being blitzed and sacked.”