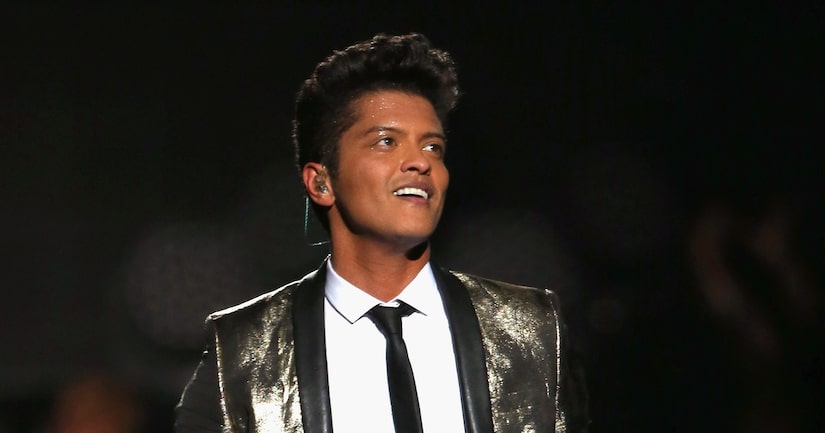 Superstar Bruno Mars opened the Super Bowl XLVIII Halftime show in a star-studded suit, performing his top top hits, "Locked Out of Heaven," "Treasure," and "Just the Way You Are," on the most prestigious stage of his music career.

Mars was joined onstage by the Red Hot Chili Peppers, who performed "Give It Away" now shirtless.

So how did the 28-year-old Hawaiian land the gig? He told Forbes, "We just got that phone call and they started scoping me out… they were coming to my shows, I guess, and they popped the question. It's one of those things where I feel like it's early on in my career, but… it's definitely something on a bucket list. It's the biggest stage ever. It's something you're not gonna say no to.”

In standard Super Bowl form, Mars won't be paid an appearance fee for his efforts, but instead his payments will come in the form of exposure.

In just four years Mars has rocketed from being a struggling songwriter to one of the top acts in today's pop music.