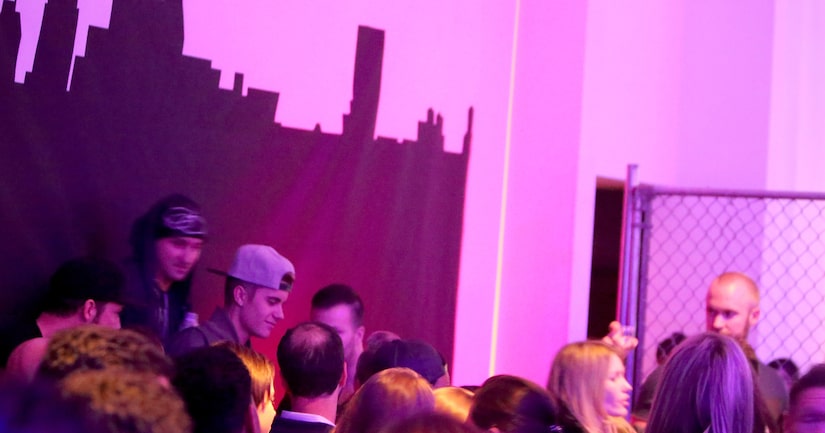 Sources told the magazine the troubled 19-year-old star was denied entrance to other parties, but was finally escorted through a back entrance at the Maxim Super Bowl Party, sponsored by Talent Resources.

JBiebs rolled in around 1:45AM and sat down at a private table in the back of the room.

Security guards kept a watchful eye out for any partygoers trying to take pictures, and anyone who attempted had their camera or phone swatted to the ground.

There was one exception… see the picture TMZ posted of Justin flipping off the camera!

It has been quite a month for Justin. Read about his most recent accused felony, and DUI case.

This just in… Justin Bieber and pal were snapped double-teaming a topless stripper! Beware, you can't unsee this pic.