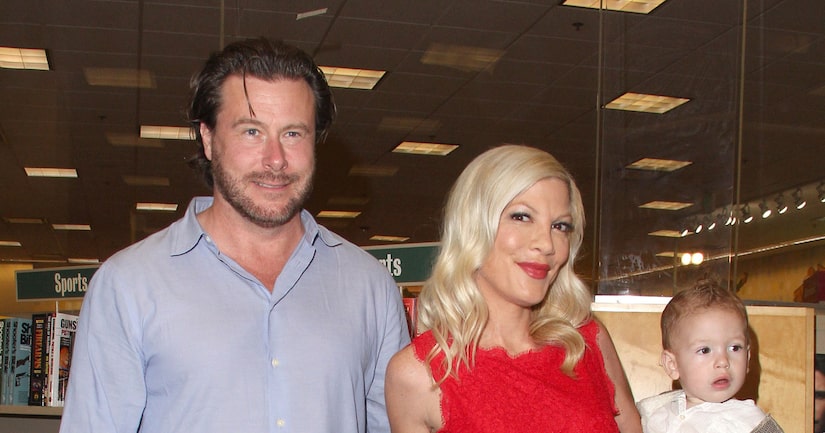 Friends of Spelling told RadarOnline.com, “She would definitely kick Dean to the curb if she could financially afford to do so… Tori has admitted she would file for divorce from Dean, but she is afraid she would go broke.”

The family insider also told Radar, “The couple has no prenuptial agreement, and Tori is the sole breadwinner. Dean wouldn't settle for anything less than joint custody, and Tori would be forced to pay him spousal and child support. It's a really sad situation for Tori and the kids.”

McDermott recently entered a rehab facility to work on “health and personal issues,” after reportedly having an affair with a woman in Toronto last year.

Spelling hinted at financial troubles in her latest memoir, "Spelling It Like It Is,” and told and told “Extra,” “I made some bad real estate choices... you know in the entertainment industry it's not a consistent job. It's year to year, and we had some bad years.”