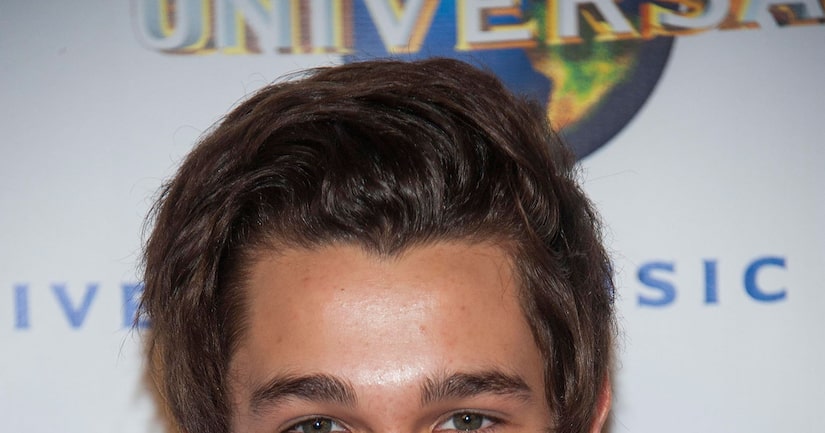 “Extra’s” AJ Calloway caught up with pop sensation Austin Mahone at the NYC H&M store in Times Square on Wednesday and asked the singer about the rumors he and Selena Gomez are an item.

Austin told Calloway he is single. He is looking for a girl who is cool, gets him and his schedule, has good hair and a nice smile.

Mahone is performing in Bryant Park, where Pepsico has built #PEPCITY to celebrate Super Bowl XLVIII.

Austin also shared some of his craziest fan moments with AJ and took time to take photos with all of his fans who were waiting for him.