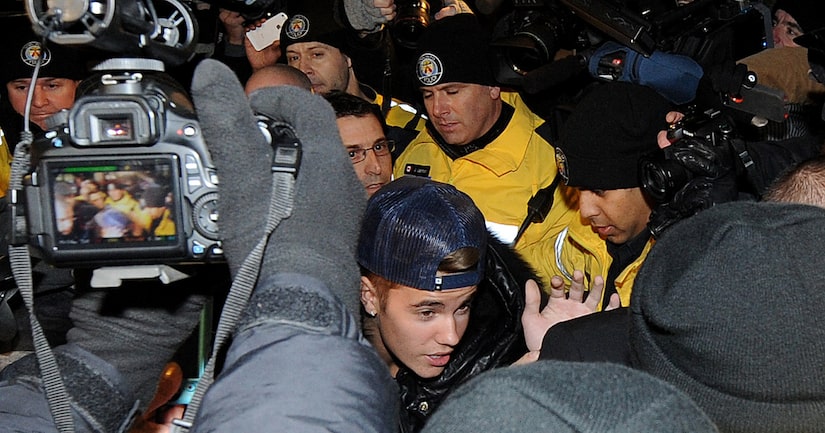 Pop star Justin Bieber's legal woes continue. He arrived to a Toronto police station on Wednesday to face a charge in connection with an alleged assault on a limo driver in late December.

Paparazzi, media cameras and screaming fans rushed to the scene and swarmed the singer as he entered the building.

The official release from Toronto Police Service said of the alleged incident, “On Monday, December 30, 2013 at approximately 2:50 AM, a limousine picked up a group of six people outside a nightclub… While driving the group to a hotel, an altercation occurred between one of the passengers and the driver of the limousine. In the course of the altercation, a man struck the limousine driver on the back of the head several times. The driver stopped the limousine, exited the vehicle and called police. The man who struck him left the scene before police arrived.”

The release also states that Bieber is charged with assault and is scheduled to appear in court on March 10.

No word yet from Bieber's camp, but manager Scooter Braun tweeted on Wednesday, "i ask people to be kind and hope for the best in people. not assume the worst. thanks"

Bieber is currently under investigation in the felony egging of his neighbor's house in California, and for alleged drag-racing and a DUI arrest in Miami.