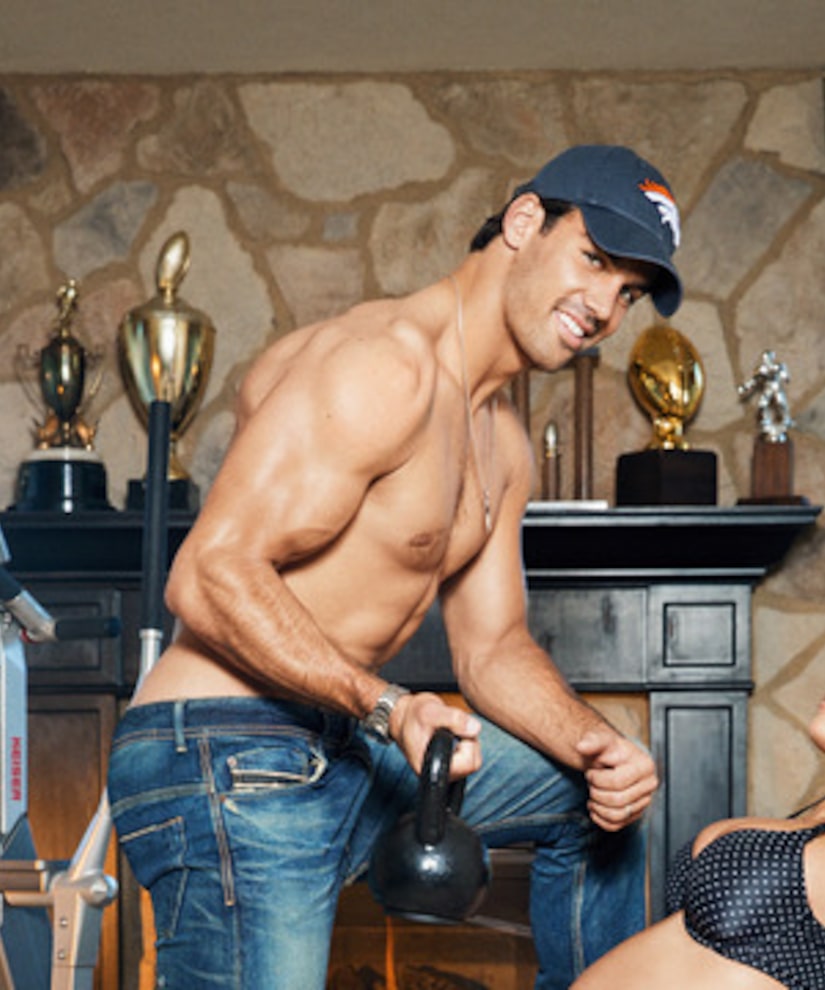 Denver Broncos wide receiver Eric Decker and wife Jessie James prove they are one of the NFL's hottest couples.

In an ultra sexy photo shoot for GQ's “Love, Sex and Madness” issue, the five-months-pregnant “Wanted” singer and her football stud posed for some racy pics… take a look!

The two are expecting a girl in March, and are starring in a reality TV show “Eric & Jessie: Game On.”