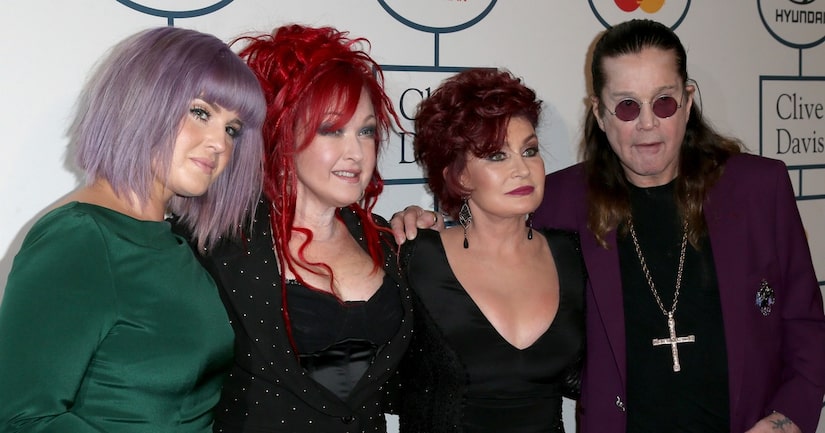 “Extra’s” AJ Calloway caught up with Cyndi Lauper on the red carpet at the 2014 Grammy Awards, where she shed light on what happened when good friend Sharon Osbourne confronted Jonah Hill’s brother, manager Jordan Feldstein, at Clive Davis’ pre-Grammys party Saturday at the Beverly Hilton Hotel.

Lauper said, “I love Sharon, but after last night I kind of love her more." Cyndi explained the confrontation had something to do with Feldstein reportedly making a crack about Sharon’s son, Jack Osbourne. “Sharon dumped some stuff on him (Jordan Feldstein) like a plate of food and some water to wake him up and said, ‘Don’t f**k with my family.’”

Lauper added, "Every mom sticks up for her kids and her family.”

Calloway also asked Ozzy and Sharon about the incident on the carpet. Ozzy said, “I haven’t got a clue, ask the woman.” Sharon played coy, saying nothing happened. Ozzy then told AJ they didn’t stay long at the party. “We had to make a hasty retreat.”