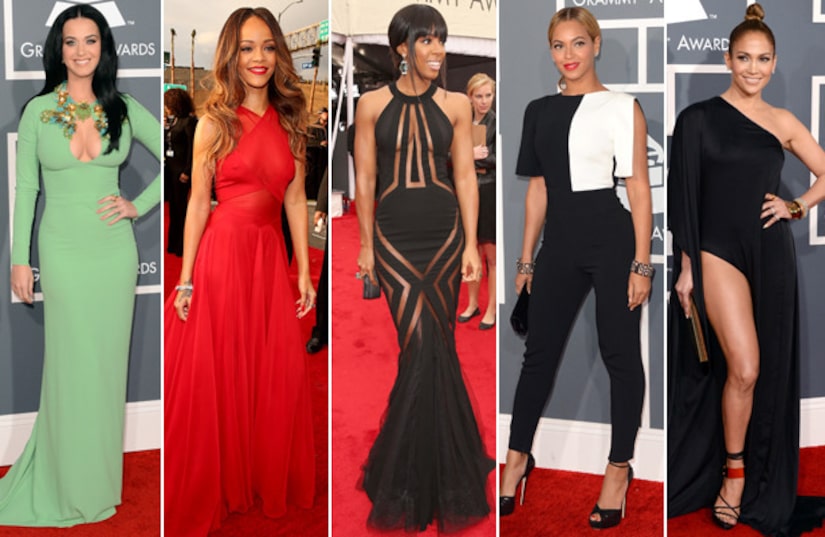 There was supposed to be a Grammy Awards dress code last year, but apparently no one -- including Katy Perry, Rihanna and Kelly Rowland -- got the memo!

CBS Standards and Practices sent guests and presenters a detailed email, obtained by Deadline.com, outlining in excruciating detail as to what must be covered, including "bare fleshy under curves of the buttocks and buttock crack" and "[b]are sides or under curvature of the breasts."

There was also a ban on "sheer see-through clothing that could possibly expose female breast nipples."

The stars, however, didn't seem to pay the new 2013 rules any mind. Katy was busting out of a body-hugging mint green gown with a perfectly placed cleavage-baring cutout, while Rihanna hit the red carpet bra-less in a racy red dress. Kelly Rowland left little to the imagination in a full-length black Pucci gown made of sheer paneling and little else.

Other head-turners included Beyoncé in a skintight black and white getup, and Jennifer Lopez in a black gown perfect for leg bombing. Check out a full gallery of red carpet trends above!

Who was your favorite? Tell us in the comments!