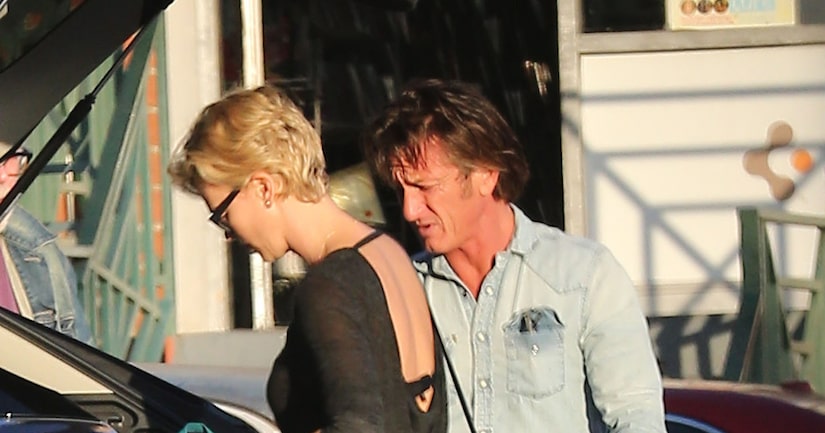 Although they haven't come right out and said it, Sean Penn and Charlize Theron are definitely looking like a cozy couple these days.

The two were spotted shopping at a Whole Foods in West Hollywood on Wednesday, where Charlize's cart included almond milk and vegan mayonnaise.

Dating rumors began circulating at the end of last year after Penn and Theron were seen in Hawaii on vacation.

Then, the Oscar winners made a public appearance together at Penn's Help Haiti Home gala earlier this month. They walked the red carpet separately, but inside the event, they were sneaking a few sweet kisses, says sources.

Penn was previously married to Madonna and Robin Wright, who is now engaged to “Lone Survivor” actor Ben Foster. The South African beauty was previously linked to actor Stuart Townsend.