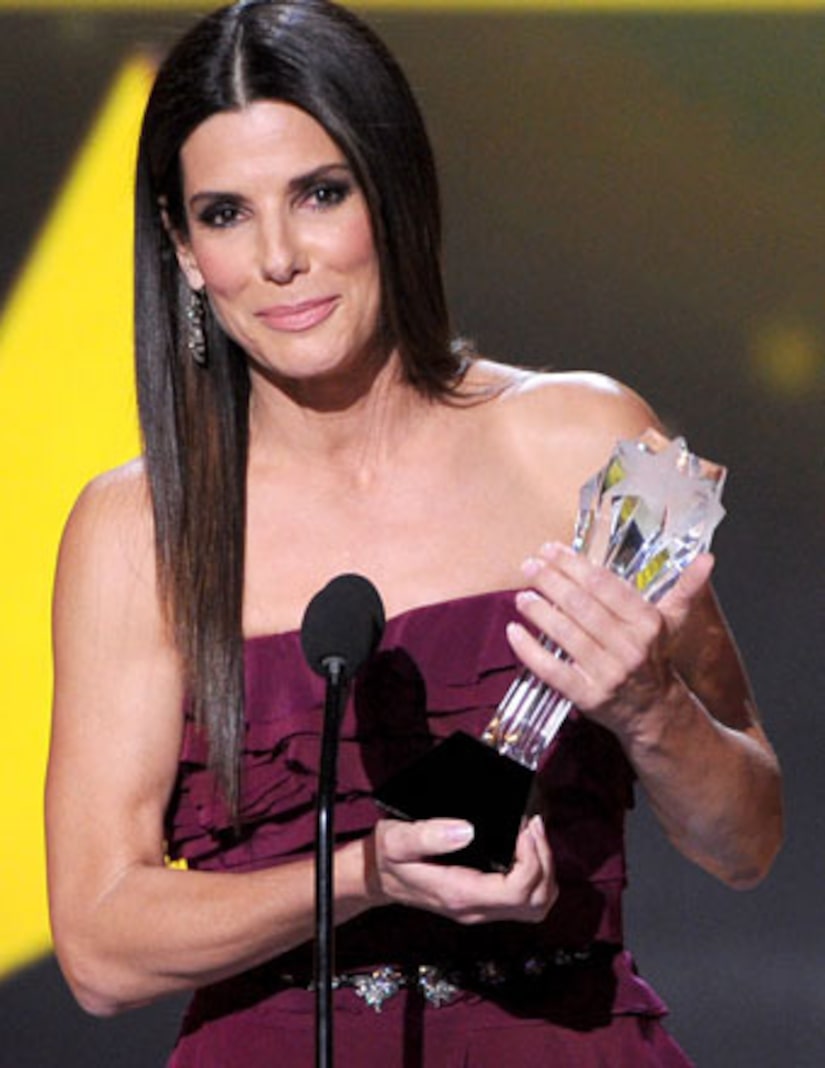 Actress Sandra Bullock shocked the crowd at the Critics’ Choice Awards when she dropped an F-bomb during her acceptance speech for Best Action Hero.

What caused the “Gravity” star to lose her composure? Well, she was mid-speech when a voice came over the loudspeaker announcing the next category. Oops!

The interruption caused Bullock to ask “What the f**k?” before continuing with her humorous monologue. Luckily the show was able to bleep it.

Sandra laughed it off, and got the audience giggling as she thanked “Jackie Chan, Sylvester Stallone, Jean-Claude Van Damme for teaching me everything I know."

It seems Bullock started a trend. Later in the night, Bradley Cooper dropped the F-bomb too! While accepting the award for Best Ensemble Cast he referred to his “American Hustle” co-stars as "these f--king actors." 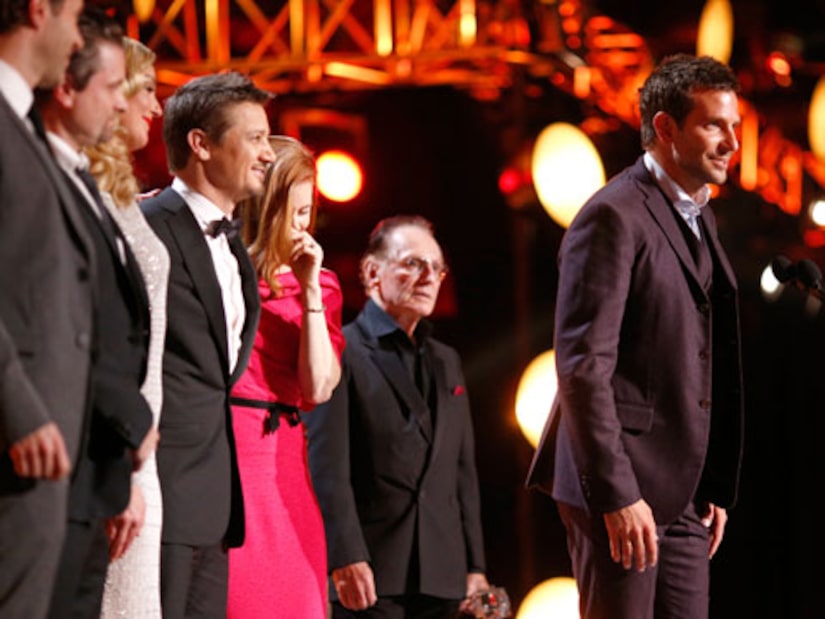 Host Aisha Tyler even got in on the action. She dropped an S-bomb during the show!

Check out more highlights from the red carpet and from inside the Critics' Choice Awards, including a look at the stars getting cocktails before the show!