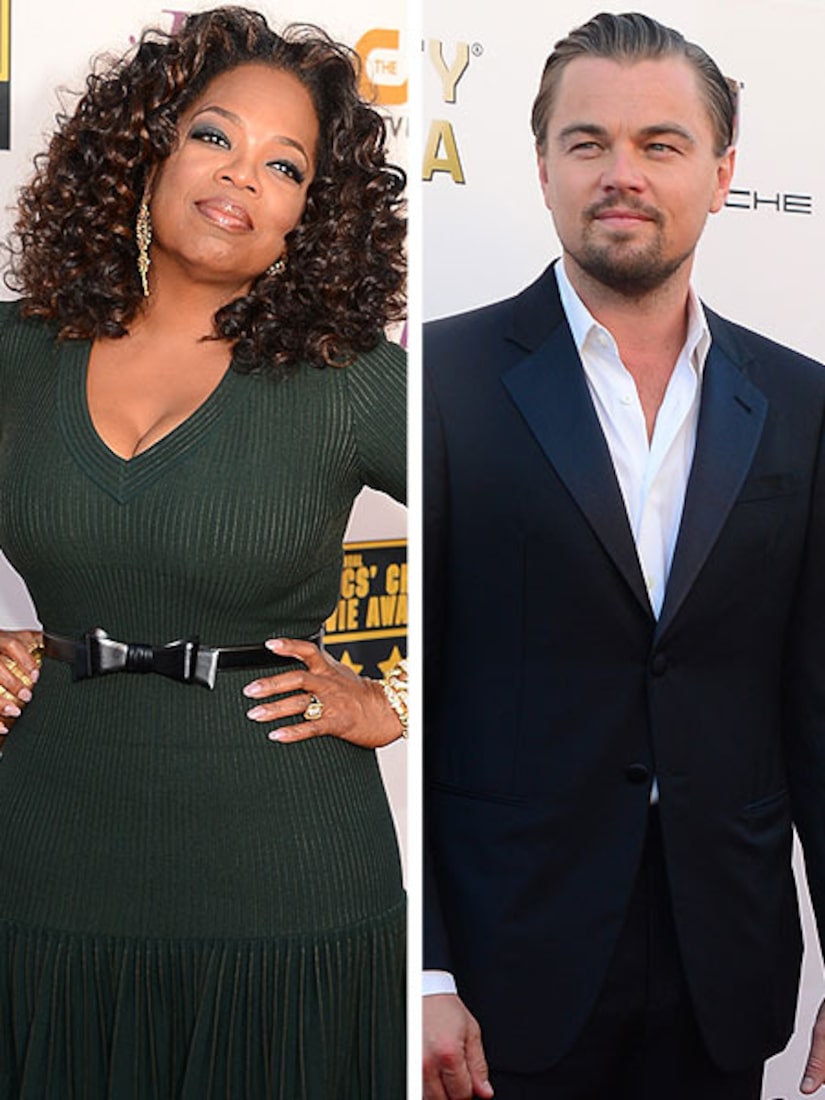 “Extra’s” Terri Seymour caught up with all the stars at the Critics' Choice Movie Awards, including Oprah Winfrey and Leonardo DiCaprio, who literally ran into each other on the red carpet.

Oprah, who looked stunning in an Azzedine Alaia dress, stopped to talk with Seymour our red carpet, and she bumped into DiCaprio. Check out the exchange!

After receiving praise from Winfrey on his “Wolf of Wall Street” performance, the Golden Globe winner and Oscar nominee said, “That’s pretty incredible, that’s like the golden seal right there.”

As for taking his mom to the Oscars, Leo replied, “Depends on if she wants to go, but she’s always the best date I could ever have.”

Later, Oprah told Seymour she’s going to keep things simple for her upcoming 60th birthday. “I’m going to have a quiet evening. Yes, originally I was going to do a big la-di-dah, then I decided nah. When the list got to 456, I decided to rein it in.”