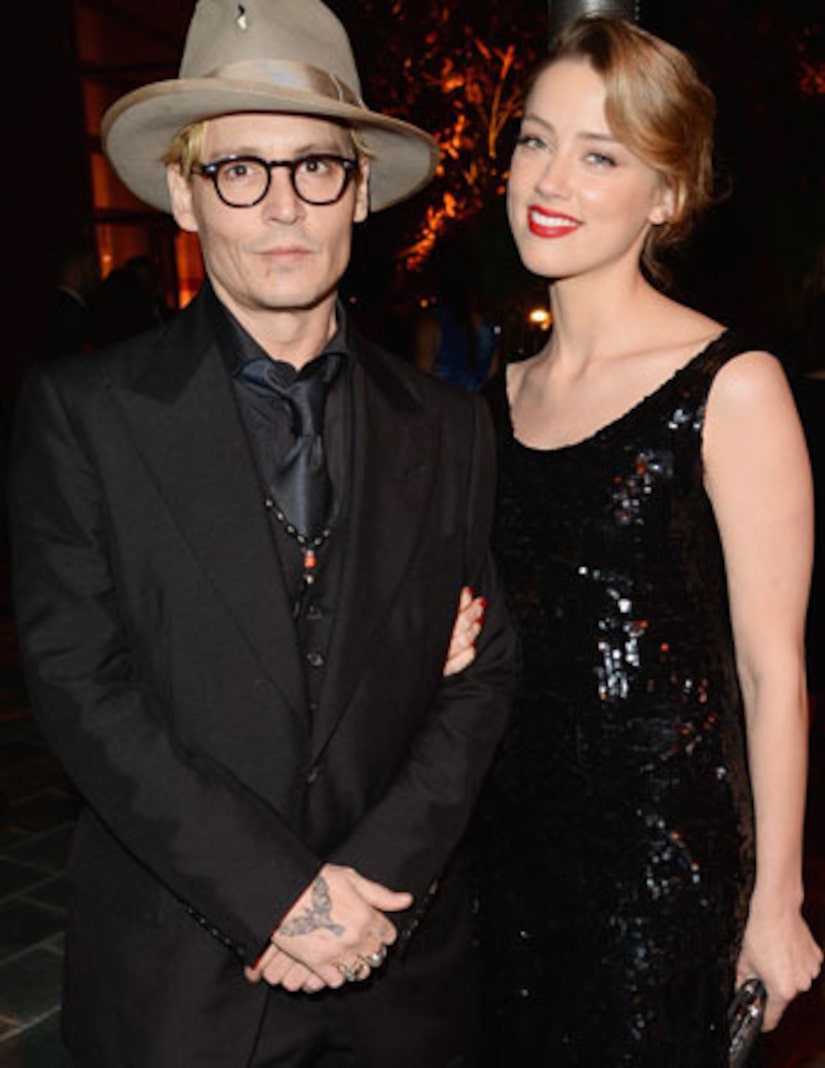 Lovebirds Johnny Depp and Amber Heard might be headed to the altar! Rumor has it the pair is engaged, after the actress was spotted wearing a giant ring on Monday night.

Depp and Heard stepped stepped out publicly for the first time on Saturday at the Art of Elysium's 7th Annual HEAVEN Gala in L.A. On Sunday they hit the Golden Globes, although neglected to walk the red carpet together.

Monday night, Amber, 27, met a friend for dinner at Ago in L.A. and a paparazzo snapped a pic of her sparkly new accessory. See the pic here! 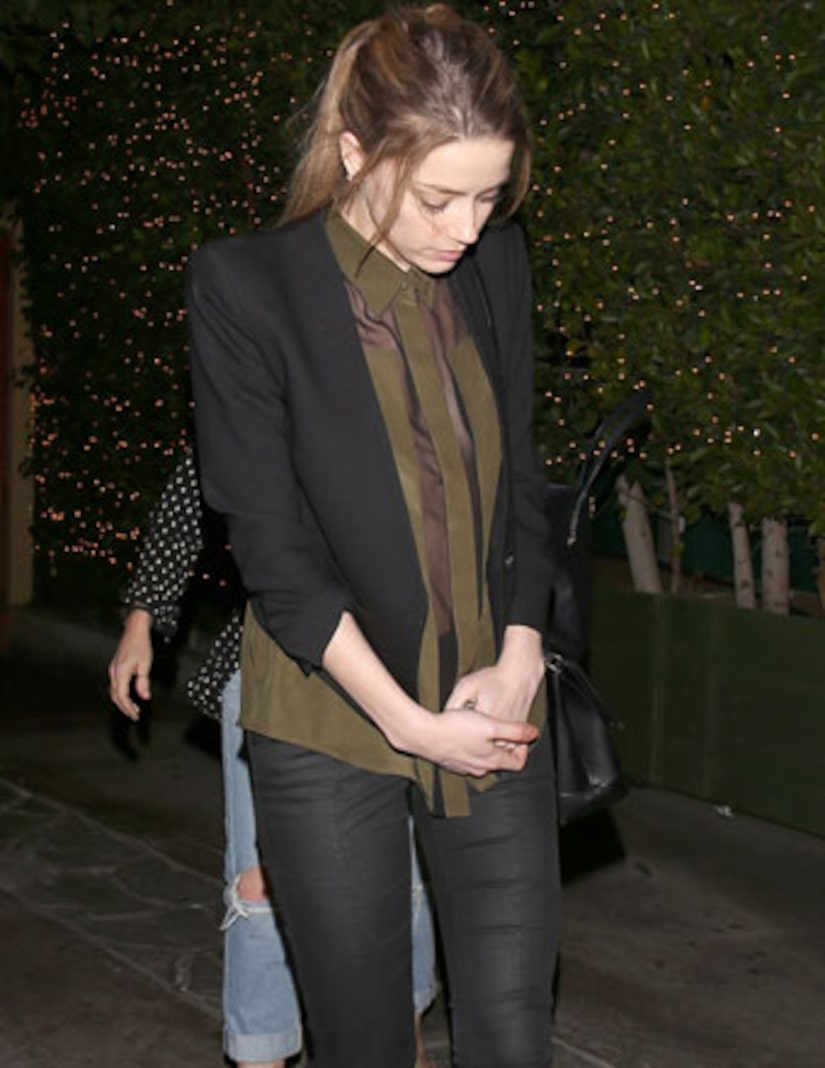 Apparently Heard realized that the photographers had spotted the ring, because she desperately tried to keep it covered as she left the hot spot.

If the couple, who met on the set of “Rum Diary,” is engaged, it will be the first marriage for both. Depp, 50, and his longtime partner Vanessa Paradis split in 2012.