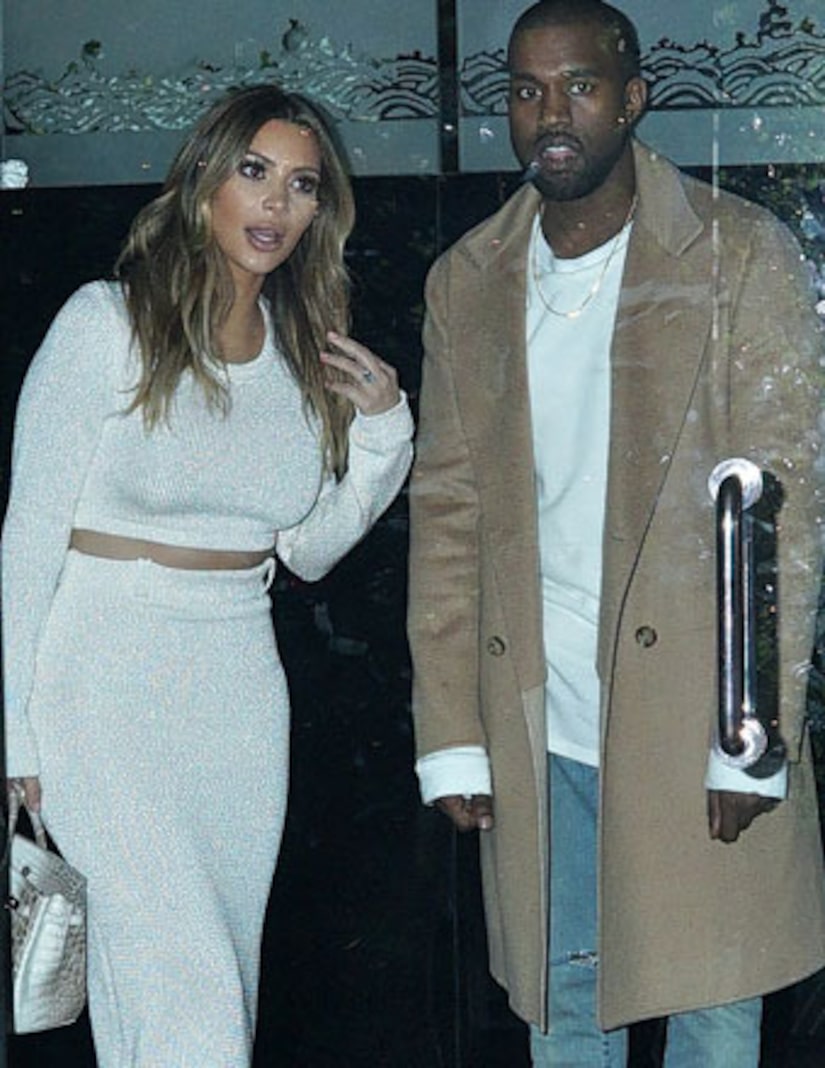 Kanye West allegedly punched a guy outside a medical building in Beverly Hills on Monday while defending Kim Kardashian's honor, but there might be more to the story… like death threats.

TMZ reports that the 18-year-old teen accused of hurling racial slurs like “n****r lover,” also screamed at Kim, “I will kill you, slut.”

Now, she claims to have it all on tape and wants the guy prosecuted for making criminal threats.

Trouble started when Kim was swarmed by paparazzi outside the medical building, and the young man offered to hold the door for her.

When he started hating on the photographers with insults like “fa**ot-ass n****rs," Kardashian admonished him, and the guy turned his wrath on her.

Apparently, Kim called Kanye in the middle of the incident, and after hearing the guy's rant over the phone, the rapper rushed to the scene. The punching altercation is alleged to have occurred in a chiropractor's waiting room.