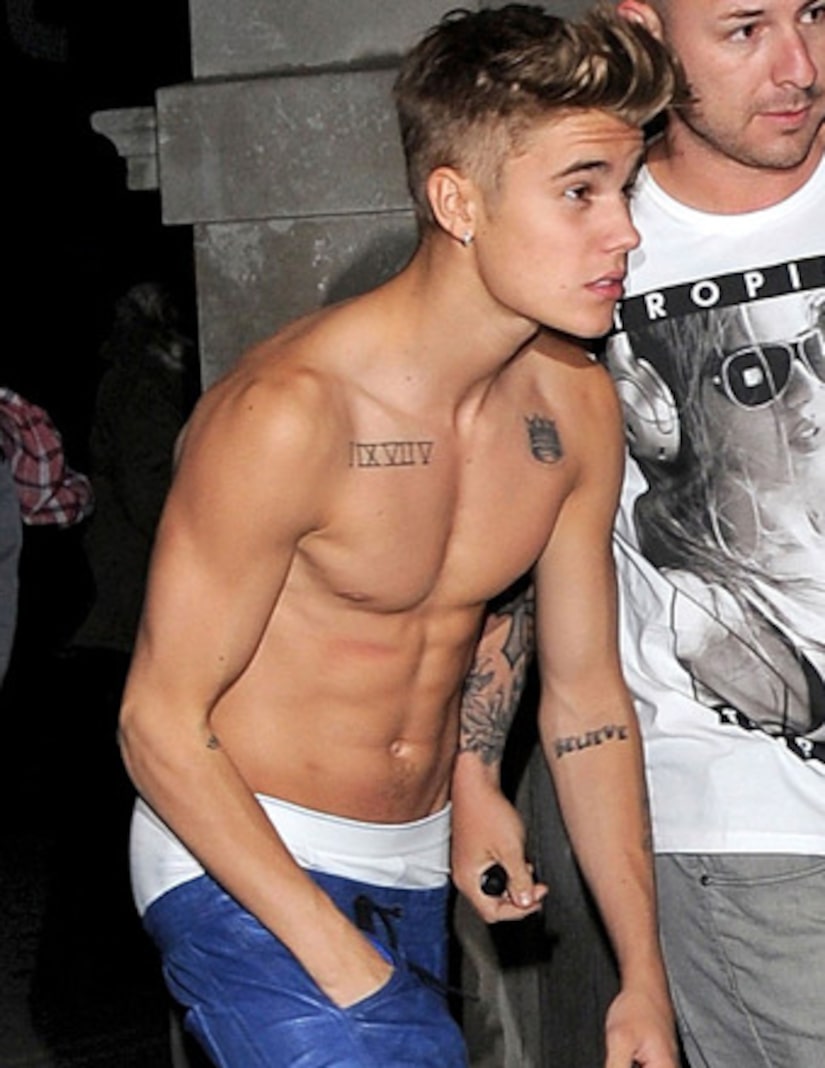 UPDATE: The L.A. Sheriff's Department held a press conference on Tuesday explaining that the Justin Bieber egging investigation is ongoing. Authorities did arrest Bieber's friend Lil Za on a felony drug possession charge. Scroll down to see video of Za in cuffs.

The story is still developing, but we hear that Justin Bieber was detained in his home on Tuesday while cops searched the house for evidence linking the Biebs to a recent egging at his neighbor's house.

TMZ reports that 11 L.A. County Sheriff's patrol cars showed up at Justin's door, serving up a search warrant. A surveillance video from the home could be used as evidence in the felony vandalism case.

The “Believe” singer is accused of rolling up to his neighbor's home in Calabasas and unleashing an egg assault. The man called police.

The incident that made headlines last week caused about $20,000 in damages, easily falling into the category of felony vandalism.

TMZ reports that the entire front of the house will have to be re-plastered to the tune of $15,000. Damage to the entry could cost another $5,000.

The site says that Bieber has not reached out to the neighbor to apologize.

It will be up to the L.A. County D.A. to decide how to proceed.