There were plenty of fashion near-misses at the 2014 Golden Globes.

Then, on the red carpet with E! host Ryan Seacrest, Jennifer Lawrence's very expensive-looking bracelet flew off her wrist.

In talking with NBC's Matt Lauer and Savannah Guthrie, Kate Beckinsale described a malfunction that happened in the limo on the way to the show. She said she had to be "sewn into" her gown, "Otherwise it was gonna be the golden globes -- in a bad way. It's been a rotten day." 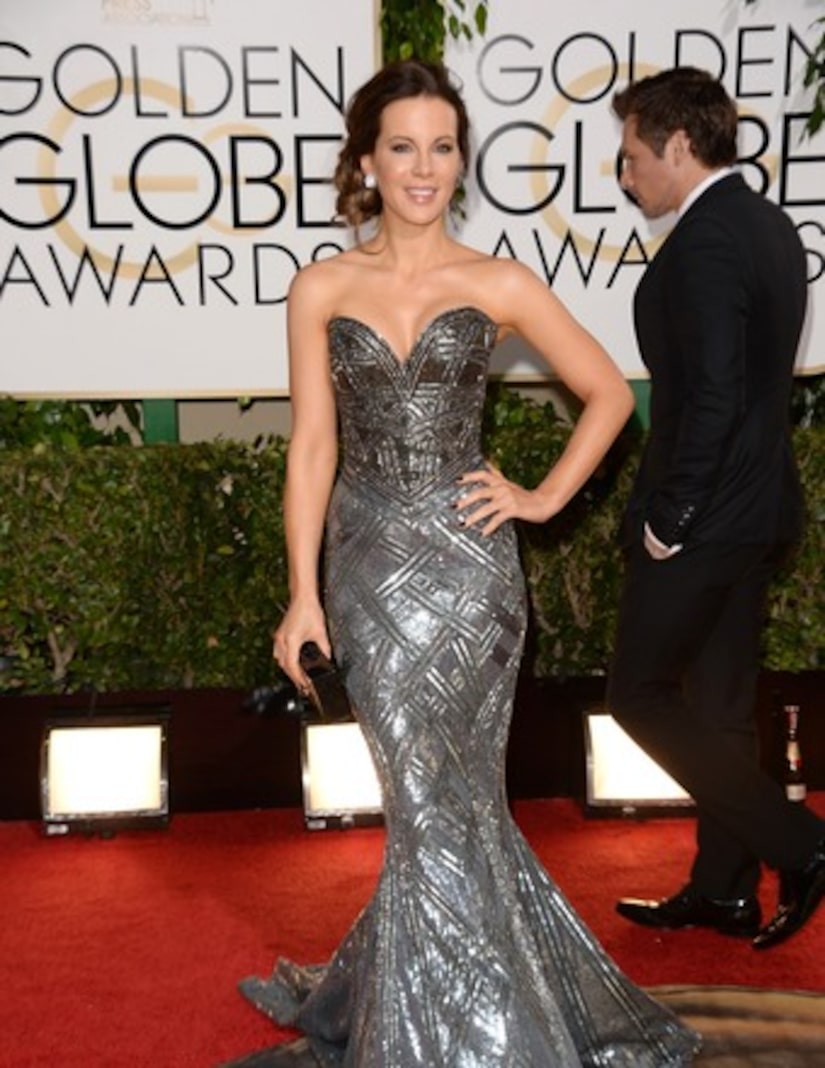 The biggest wardrobe slip went to Robin Wright, who gave fans quite the eyeful while accepting the award for Best Actress in a Television Series for “House of Cards.”

The newly-engaged Wright, 47, motioned backstage and as she motioned behind her, her gold-beaded Reem Acra halter gown shifted, showing off the flesh-colored pasties covering her nipple. Whoops! 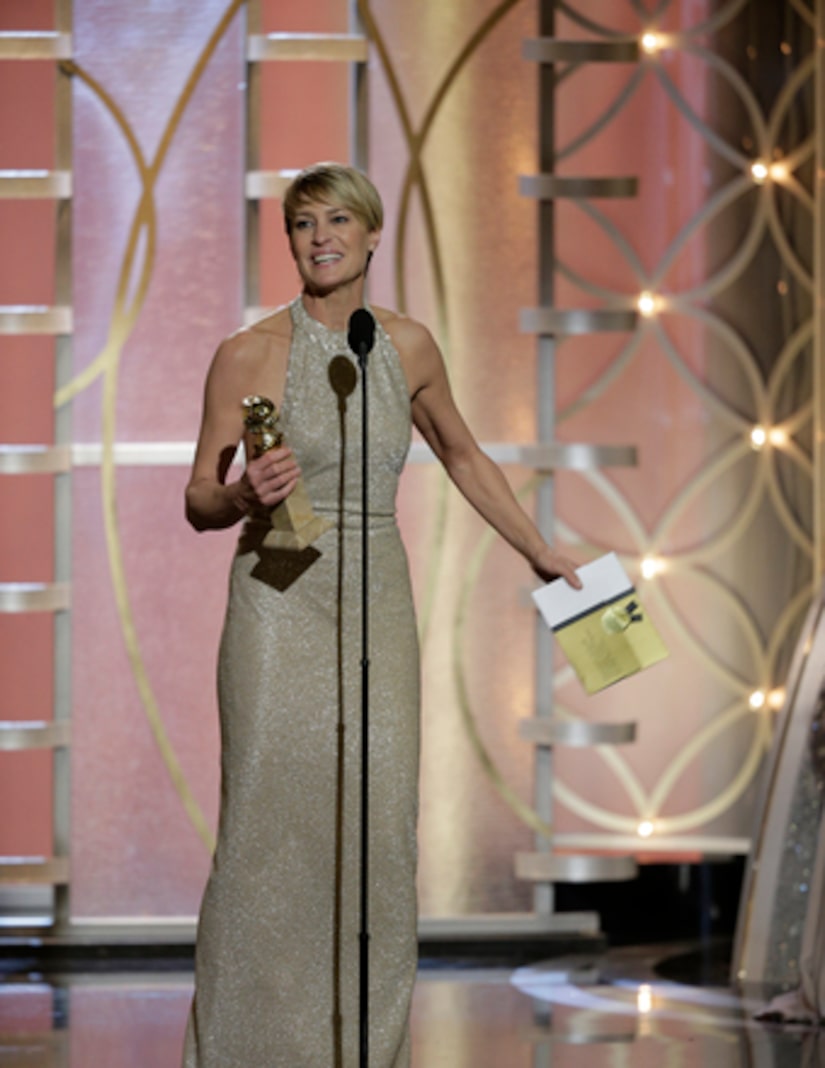