The 2014 Golden Globes were entertaining to say the least… on and off camera. Here is a list of our favorite wild and wacky moments, including Jennifer Lawrence’s funny photo bomb, Amy Poehler’s rock star makeout session, and Jared Leto’s commentary on Brazilian waxing!

J.Law, who picked up the Best Supporting Actress award for “American Hustle,” is known for her photo-bombing, and she didn’t disappoint at the Globes -- creeping up on Taylor Swift during the country singer’s interview with Ryan Seacrest.


Host Poehler picked up the Best Actress in a TV Comedy trophy for “Parks and Recreation,” but not before she made out with Bono…

When Leto won Best Supporting Actor for “Dallas Buyer's Club,” he couldn’t help but remind everyone about the great lengths he went to for the role. Watch the video to find out what he had to say about Brazilian waxing!

“Dancing on Edge” star Jacqueline Bisset, 69, received the rambling speech award along with the prize for Best Actress in a miniseries. Just watch… 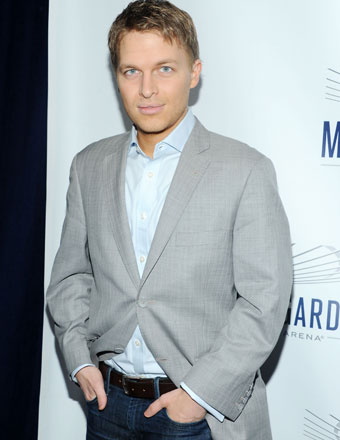 Although not wacky, it should be pointed out that Mia and son Ronan Farrow made their opinion of Woody Allen known Sunday night via Twitter. While the filmmaker was being presented with the Cecil B. DeMille Award, ex wife Mia tweeted “Time to grab some ice cream & switch over to #Girls," while Woody's estranged son Ronan tweeted his disgust for his father, writing, "Missed the Woody Allen tribute - did they put the part where a woman publicly confirmed he molested her at age 7 before or after Annie Hall?"