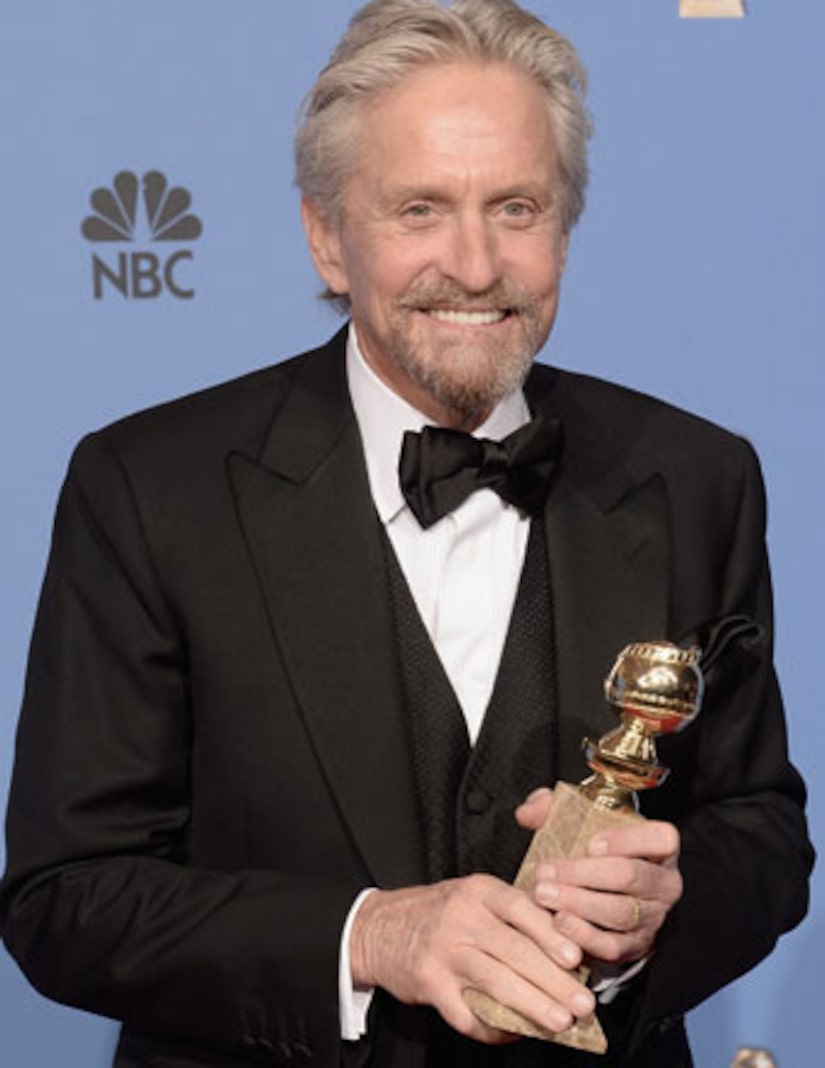 Michael Douglas was without wife Catherine Zeta-Jones at he Golden Globes on Sunday, but told “Extra’s” Mario Lopez the couple is “doing good.”

Just a few weeks ago, the family spent the holidays together, and Michael shared photos of himself with Catherine and their children Dylan, 13, and Carys, 10, on a New Year’s ski trip to Quebec.

Michael Douglas and Catherine Zeta-Jones Reunite on the Red Carpet

Michael explained, “We’re doing good, ya know, one day at a time… we are married, so there’s no big new announcement or anything else like that, but things are working out very nicely.”

Douglas went on to say, “It always makes it easy when both people want it to work out.”

Douglas won the Golden Globe for his work as the late entertainer Liberace in HBO's “Behind the Candelabra.” Backstage after his win, he told “Extra’s” Jerry Penacoli that he was going to call Catherine and that she was home with the kids.