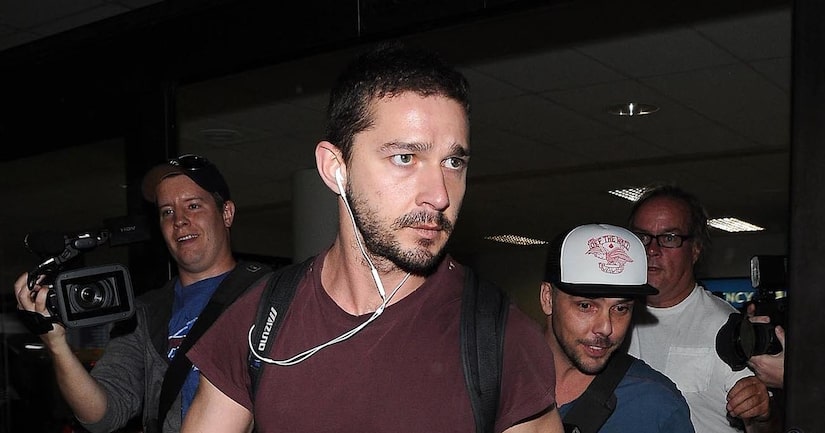 Poor Shia LaBeouf. Ever since he was caught plagiarizing, he's been sending a seemingly never-ending number of tweets, apologetic and otherwise, culminating in a final proclamation of his retirement.

On Friday, the actor wrote, "In light of the recent attacks against my artistic integrity, I am retiring from all public life."

In light of the recent attacks against my artistic integrity, I am retiring from all public life.

He added, "My love goes out to those who have supported me," and followed up with a tweet that simply read, "#stopcreating."

Last month, the “Transformers” actor was accused of copying (almost word for word) one of author Daniel Clowes' graphic novellas for his short film “HowardCantour.com.”

Once it was discovered, LaBeouf apologized again and again, even going so far as to writing a sorry message in the sky on New Year's Day, which was Twitter fodder for some other celebs like Lena Dunham.

What Is Shia LaBeouf's Deal with Daniel Clowes?

Then, weirdly, Shia seemed to turn around and mock Clowes by tweeting scans of a cease and desist letter from the author's lawyer.

Whether LaBeouf is serious about retiring or not, we will be seeing him in the upcoming Lars von Trier film, “Nymphomaniac" and the war flick "Fury" with Brad Pitt.