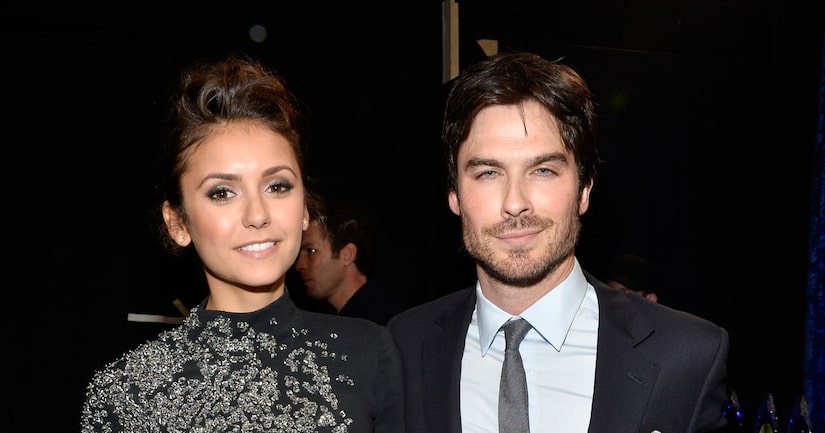 Actress Nina Dobrev stopped by Universal Studios Hollywood to talk to "Extra's" Mario Lopez about Season 5 of “The Vampire Diaries” and about winning the People’s Choice Award for Favorite Onscreen Chemistry with ex-boyfriend Ian Somerhalder.

Dobrev explained why she and Somerhalder made light of their breakup during their acceptance speech. "What’s more awkward is people's anticipation of it being awkward, and that's kind of why we made a joke of it."

Nina added she and Ian have a good relationship. “He's a great person and there's no reason to hate or cause problems."

When asked if there was anyone special in her life at the moment, the TV star responded, "Me!"

Does that mean she wants to be single? "I'm not choosing to do anything. I'm just choosing to exist and see what happens."

Mario said he would play matchmaker and asked what type of guy Nina likes. She laughed, "Well, that's the whole part of dating. I'm trying to figure it out."

As for the upcoming 100th episode of “The Vampire Diaries,” airing January 23 on the CW, Nina couldn’t give away much. "It’s so secretive that that they can’t even show me in the promo, or anything. I am physically a spoiler alert!"