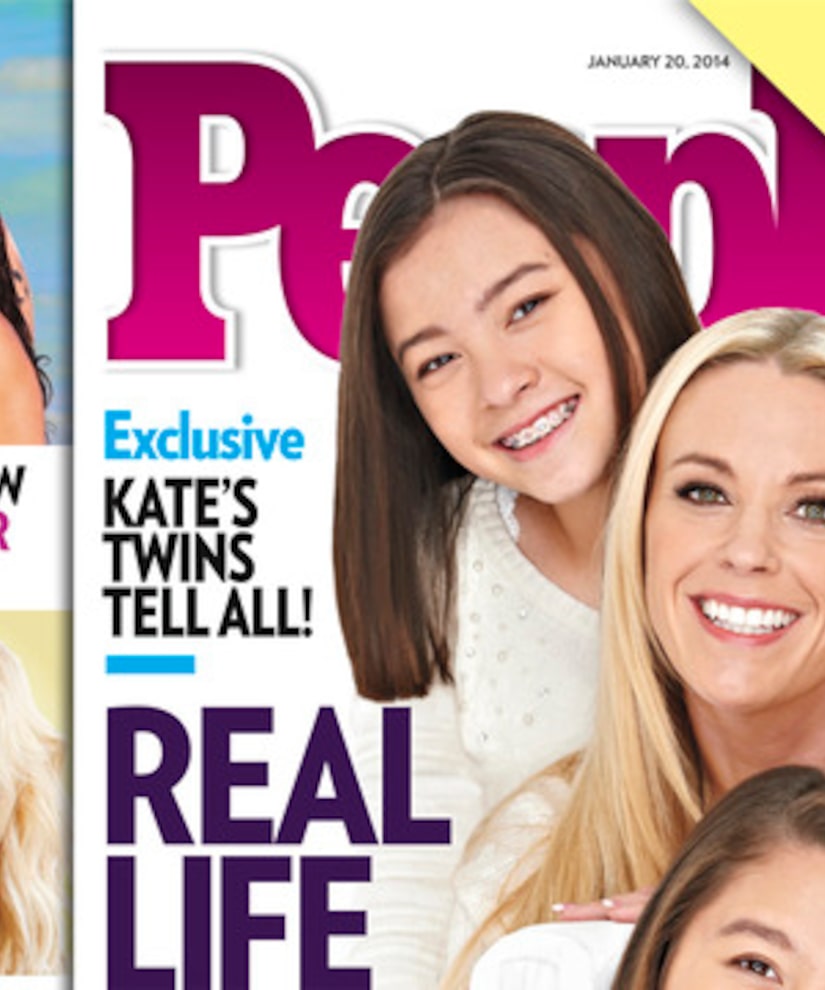 Reality TV mom Kate Gosselin can be annoying to her 13-year-old twins Mady and Cara, but she didn't screw up their lives.

The older Gosselin girls opened up to People magazine this week, talking about growing up in the media spotlight, watching their parents go through an acrimonious divorce, and living with their six 9-year-old siblings, Aaden, Alexis, Collin, Hannah, Joel and Leah.

Dad Jon Gosselin has maintained that filming the former hit TLC show “Jon & Kate Plus 8” ruined his kids, but Mady and Cara beg to differ.

"People expect us to be damaged," Cara said. Mady added, "People think we're supposed to be messed up, like, 'Oooooh, the poor Gosselin kids, they're going to be scarred for life, waaaaah.' Here's the big news: we're not messed up."

For much more from Mady and Cara, including their feelings on how Kate has raised them, their issues with their sextuplet siblings and Jon's dating life, along with Kate's take on raising two teens, pick up the latest issue of People, on newsstands Friday.