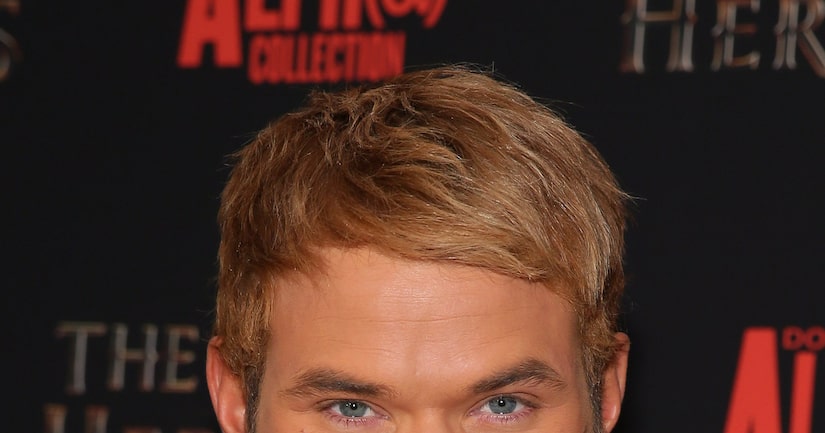 “Extra” caught up with Kellan Lutz at the NYC premiere of his new film “The Legend of Hercules,” where he set the record straight on rumors he is dating Miley Cyrus.

Lutz said he is “very single,” explaining, “There’s assumptions when people are in photographs together, and the photographer edits it out so it looks like only two of them are on a romantic vacation or hanging out in Las Vegas, as Miley and I were, but there were a lot of friends there as well. I’m just happy to be home with friends. I’ve been in Bulgaria for seven months, so anytime I can see our close group of friends, I love it. It’s really quality time that I’m after.”

As for playing Hercules, Lutz said it was a dream role that he was ready for. “I had a lot of work to do being ready to look like an expert on the horse, as well as swinging the sword. I really challenged myself and pushed myself.”

Kellan also shared how he got his body ready for the movie. “The biggest trick was my Paleo diet. For me, I’ve never done a diet. I learned a lot about my blood type… I deleted all the candy that I would eat constantly!”

“The Legend of Hercules” will slay 'em at the box office starting this Friday.