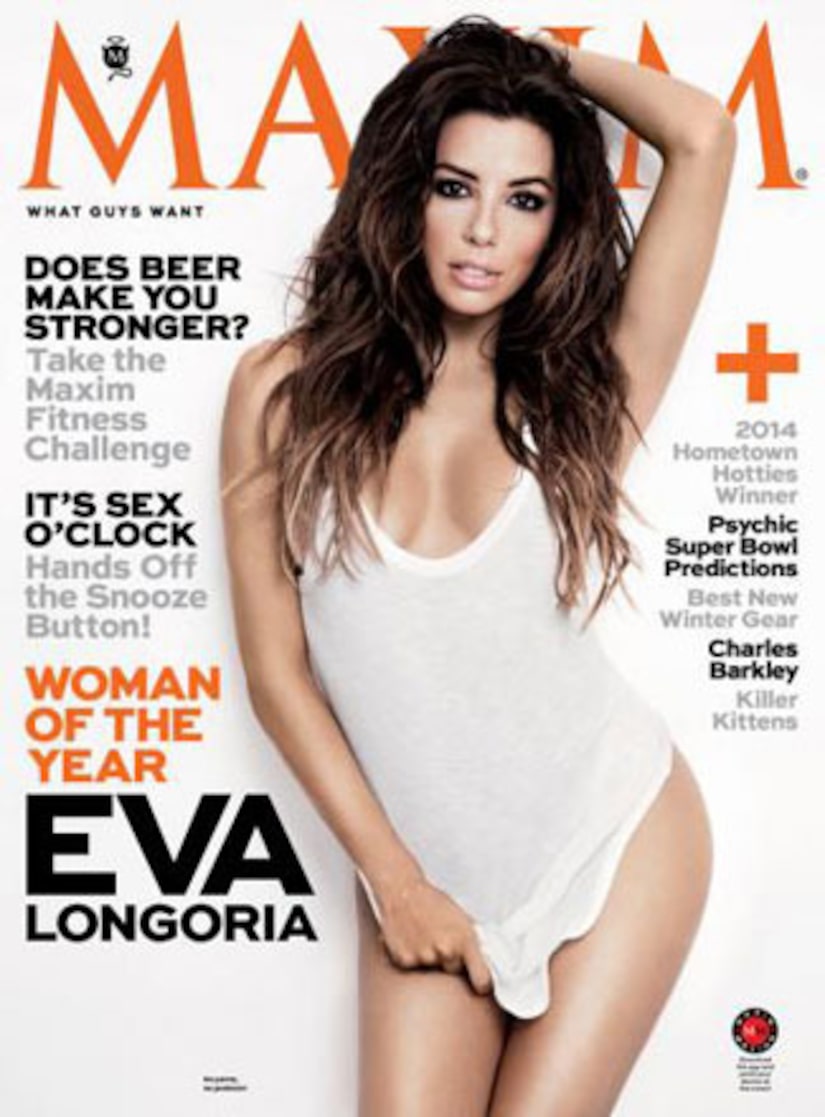 She's an actress, producer, businesswoman, and total hottie, so it's no surprise that Eva Longoria was just crowned Maxim's 2014 Woman of the Year!

The 38-year-old beauty sizzles on the cover shot by photographer Randall Slavin, wearing a white tank top and not much else!

Longoria said of the honor, "It's especially awesome after how long it's been since my first cover. I've had a beautiful relationship with Maxim over all these years."

Aside from her showbiz career, the “Desperate Housewives” alum was hard at work earning her master's degree last year. She graduated in May with a degree in Chicano Studies from California State University.