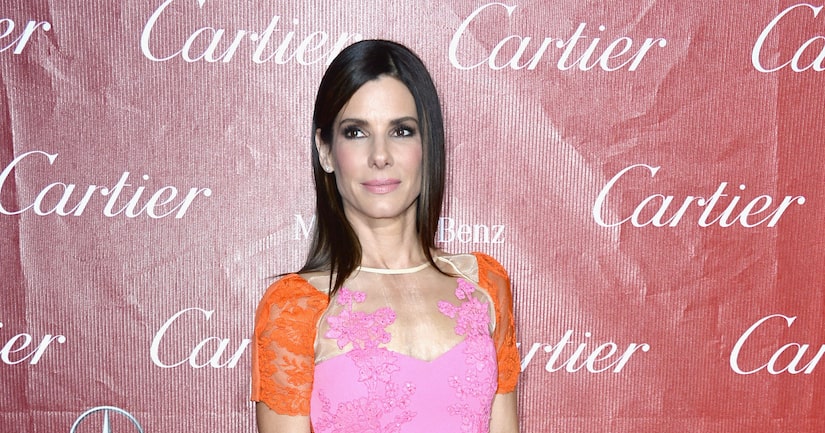 “Extra’s” Renee Bargh caught up with Sandra Bullock at the Palm Springs International Film Festival after-party at the Parker Palm Springs, where Sandra was honored with the Desert Palm Award for her performance in “Gravity.”

Bullock dished with Bargh about taking her 3-year-old son Louis skiing for the holidays. The mom gushed, “It’s a little disheartening… he’s just so relaxed. He’s like ‘So, now I’m skiing, what’s the big deal?’ I’m like, ‘Are you not as emotional as I am?’ He wasn’t, but I was very emotional about it. I did a lot of crying on slopes, being a proud mom… He shredded it; he was awesome!”

The “Gravity” star said Louis doesn’t realize she’s an actress. “He has no idea what I do for a living… He thought I was an astronaut. He said, ‘When my mom was an astronaut…’ I thought that was pretty cool. Today he said, ‘You go make money… you don’t forget to come home.’ He just thinks I’m off to make money.”

The Oscar winner looked stunning in an Alex Perry dress, admitting she did overindulge a bit during the holidays. “I did. You got to overindulge, you have to… then I hit the gym.”

Bullock is nominated for both the Screen Actors Guild award and a Golden Globe for her turn as an astronaut in "Gravity.”

Check out the rest of our red carpet interviews along with an exclusive look at the film festival's after party!