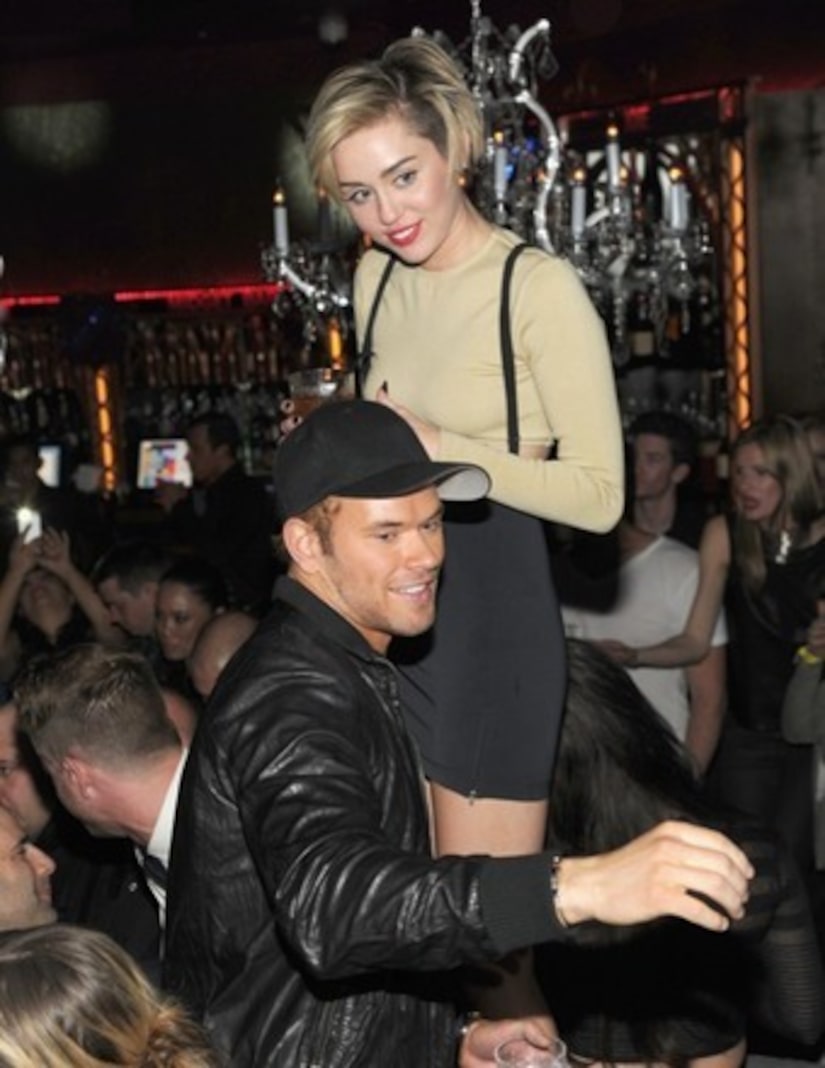 Is there a Hollywood romance brewing between Kellan Lutz and Miley Cyrus? The “Twilight” star is finally speaking out about his relationship with the “Wrecking Ball” singer, after they were spotted together on multiple occasions.

While promoting his new movie “The Legend of Hercules,” Lutz told Ryan Seacrest, “These rumors are hilarious. It just makes me laugh … I've been friends with Miley for like six years. She's a great girl… we are friends... we run in the same circle.”

Although he thinks she is a “cool, secure woman,” he added, “Are we dating? No.”

“I'm not [looking for a relationship] right now. I'm enjoying life and traveling quite a bit … there's no real time to find the one.”