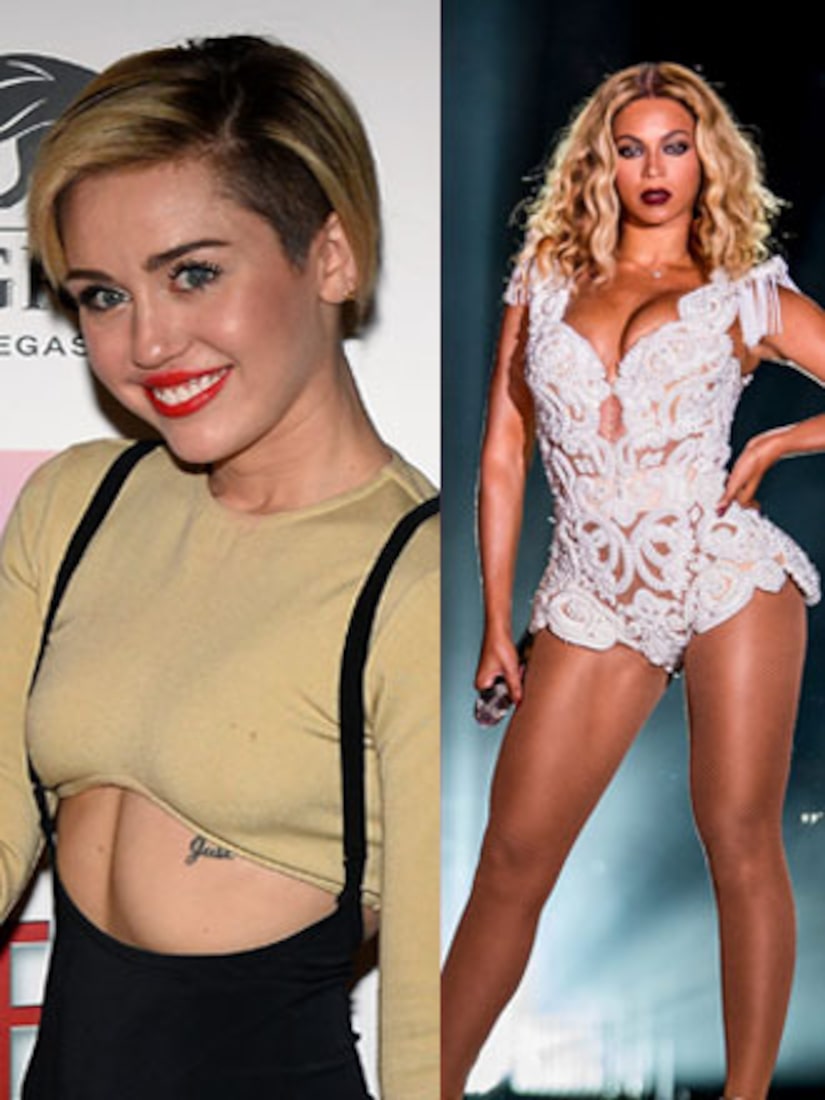 After several reports accused Miley Cyrus of bashing Beyoncé in an interview with Love magazine, the "Adore You" singer took to Twitter to say the rumored quotes were completely "made up."

Reports claimed that Miley said, "Beyonce has been a big inspiration to me but she's been out for such a long time… she's so talented and I think she's at the top of the game now but people are always looking for new blood and that's what I bring to the game now, new blood.”

When Cyrus caught word of the false quotes, the 21-year-old didn't waste any time tweeting the truth to fans. "How are people allowed to make up s**t & then out quotes around it saying I said that s**t! WTF!!?!"

She continued, "That quote people MADE UP about Beyonce just made me lol! Imagine if I said I got 'the looks and the curves I'm just better!' bahahahahhah"

Love magazine confirmed to HollywoodLife.com that "Miley Cyrus has not stated ANY of the quotes."