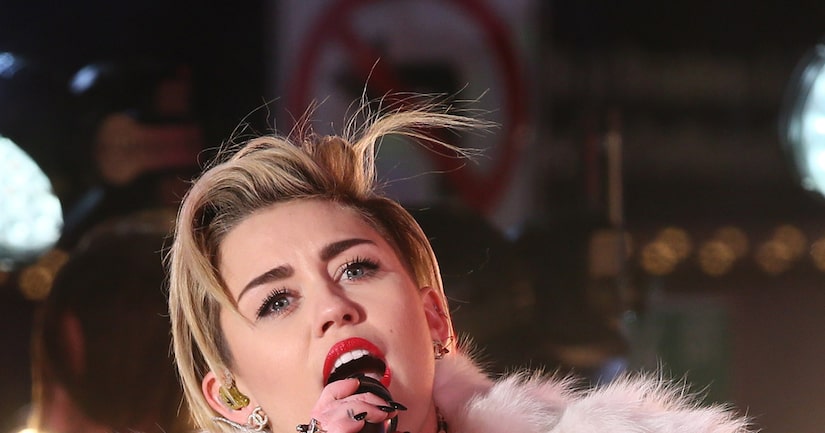 The 21-year-old played nice this time around, singing "Adore You" (only touching herself a little bit) and "Wrecking Ball,” while rocking a glittering gold crop top and pants and a full-length white fur coat.

Seacrest's co-host Jenny McCarthy, however, couldn't resist a little homage to Miley, playfully licking a hammer on the sidelines when the camera panned to her for a moment. Watch!

Meanwhile, over on CNN, New Year's Eve host Kathy Griffin once again had some fun with cohort Anderson Cooper by handcuffing herself to him and throwing away the key.

Kathy later tweeted "@AndersonCooper is dragging me thru the streets of New York looking 4 a locksmith right now" and then Anderson tweeted, "Happy New Year! For those concerned, some security personnel freed me from @kathygriffin's handcuffs! Thanks for watching!"