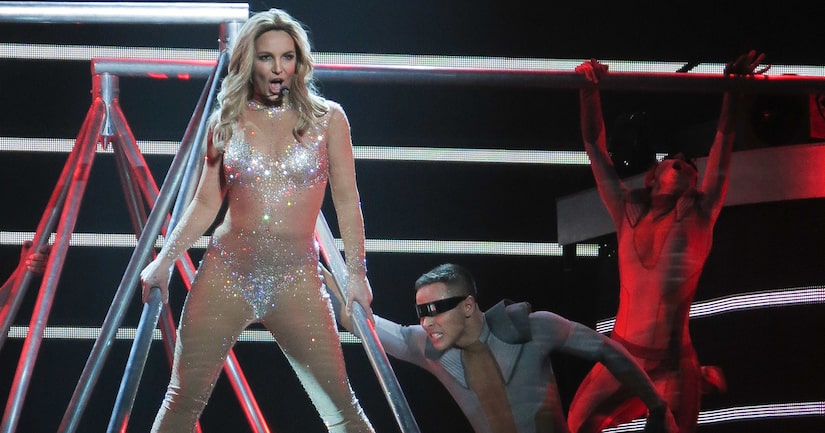 Superstar Britney Spears premiered her “Piece of Me” show on Friday at the Planet Hollywood Resort & Casino in Las Vegas… with a little help from her celebrity friends! 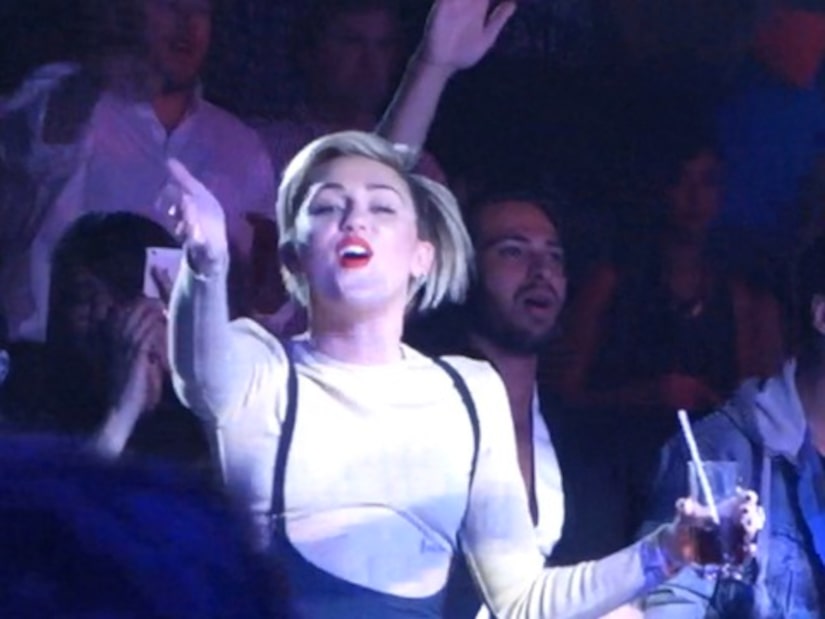 Perry tweeted before the show, "Soy excited to see @britneyspears baby bottle pop it off tonight at her grand opening @phvegas! We are coming in full lewks to support!" 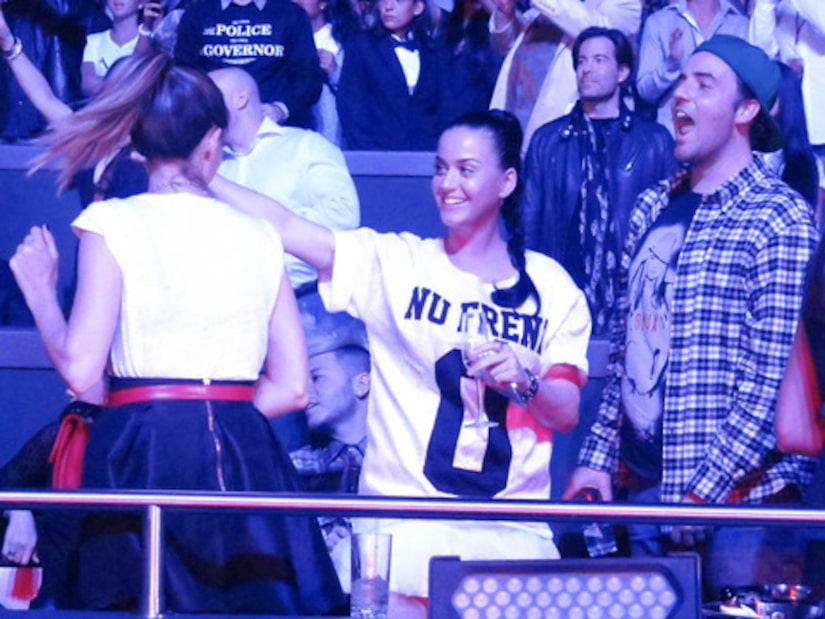 “Extra's” own Mario Lopez also got into the act, appearing on stage with Britney on all fours and getting a little bondage treatment! 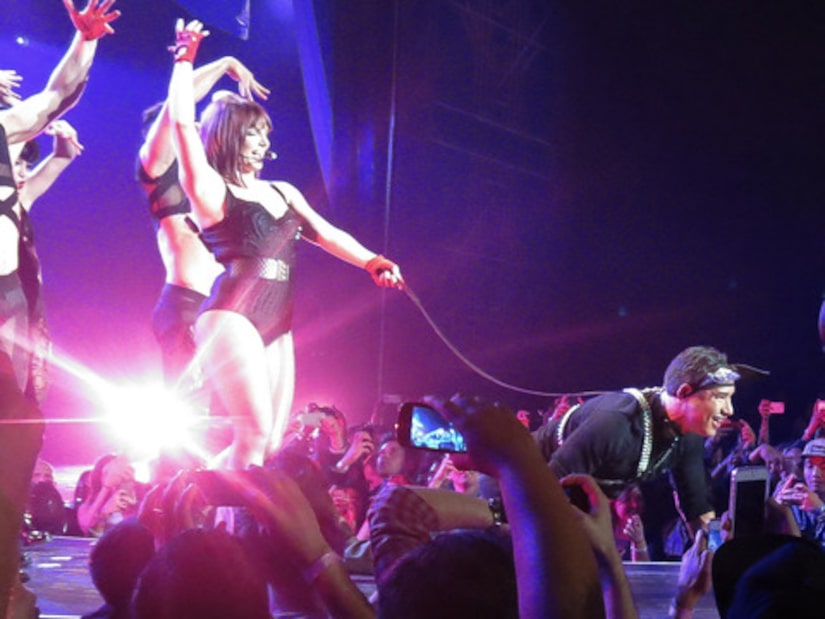