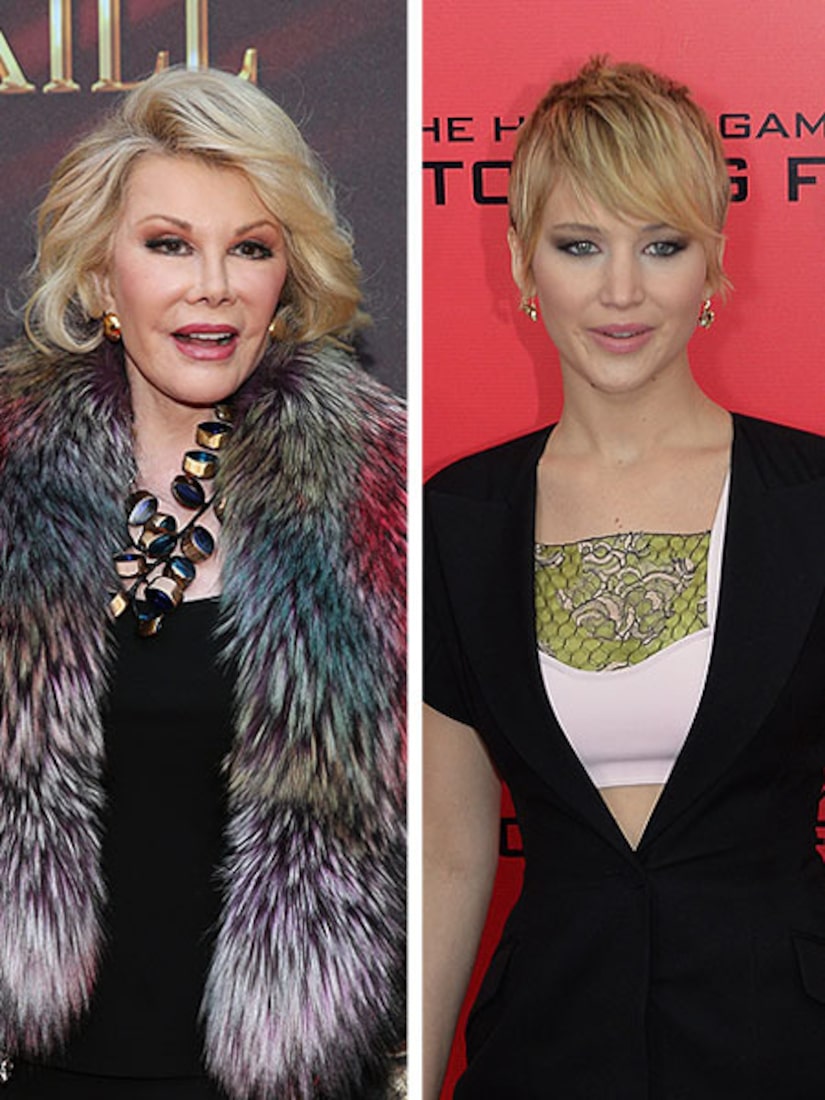 Actress Jennifer Lawrence recently slammed shows like “Fashion Police” for judging people on their bodies, and the show's co-host Joan Rivers has a response.

Rivers told Page Six, “My New Year's resolution is [ensuring] Jennifer Lawrence grows up and realizes how lucky she is and calms down.”

Lawrence said she despised “shows like 'Fashion Police' that are just showing these generations of young people to judge people... and that it's okay to point at people and call them ugly or fat.”

The outspoken Rivers responded, “I love that she's telling everyone how wrong it is to worry about retouching and body image, and meanwhile, she has been touched up more than a choir boy at the Vatican. Look at her posters. She doesn't have a nose, she has two holes. She just has to learn, don't talk if you're doing it.”

Joan did admit, though, that Lawrence is “an amazing actress. She's the next Meryl Streep.”