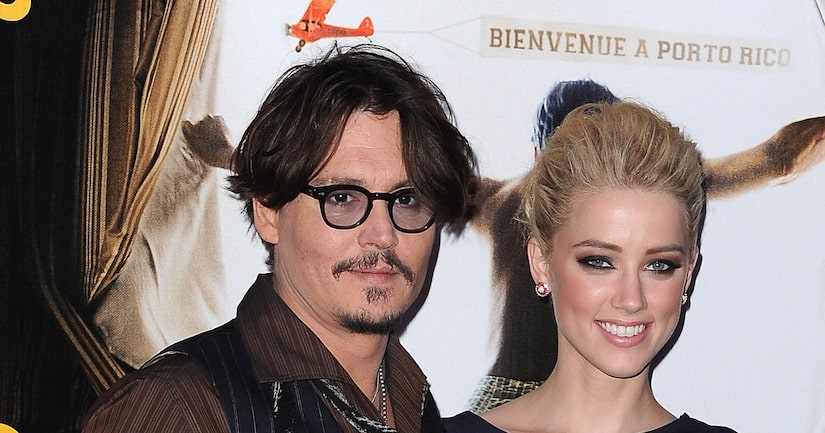 A source revealed to the mag, "He got her diamond drop earrings set in platinum -- about two carats total… he said they were for Christmas.”

The "Lone Ranger" star didn't stop there, the eyewitness said, "He also picked up a diamond pendant necklace."

Depp and Heard, who officially began dating in April, have been very hush-hush about their relationship. The blonde beauty recently told Flare magazine, "It's not part of my professional life. I want to be an artist. I don't want to be a celebrity… You can find pictures of me [on the Internet] pumping gas, picking up dry cleaning, walking my dog, but nowhere are you going to find pictures of me hanging around at some nightclub.”

Johnny and Amber met on the set of "The Rum Diary" in 2011, when Depp was with longtime partner Vanessa Paradis, with whom he has two children, daughter Lily, 14, and son Jack, 11.