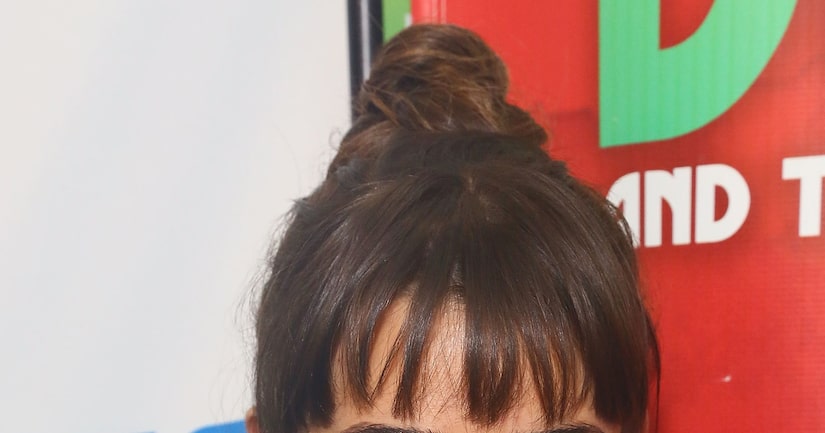 “Extra’s” Terri Seymour caught up with Lea Michele on Wednesday at part one of “The X Factor” season finale.

Demi Lovato indeed confirmed she is leaving as a judge to concentrate on her music, and Michele revealed she would be interested in being a replacement, if creator Simon Cowell asked.

The “Glee” star laughed, “I probably will stalk him because I’m such a fan, and I think he is so awesome! FOX is my family; this is my home… If “X Factor” wants to have me, I’m around.”

Lea also told Terri that she and her late boyfriend Cory Monteith did get matching tattoos a few years back.

Michele recalled, “I remember we were at the Teen Choice Awards, a couple of years ago, and you said to me, ‘What is this rumor that you and Cory have gotten secret tattoos together?’ and I turned beet red and I was like, ‘What do you mean, what are you talking about… How did you know?!’” Terri smiled, “I just knew!” Lea responded, “Now you have the exclusive on ‘Extra’!”

The “The X Factor” finale concludes tonight on FOX!