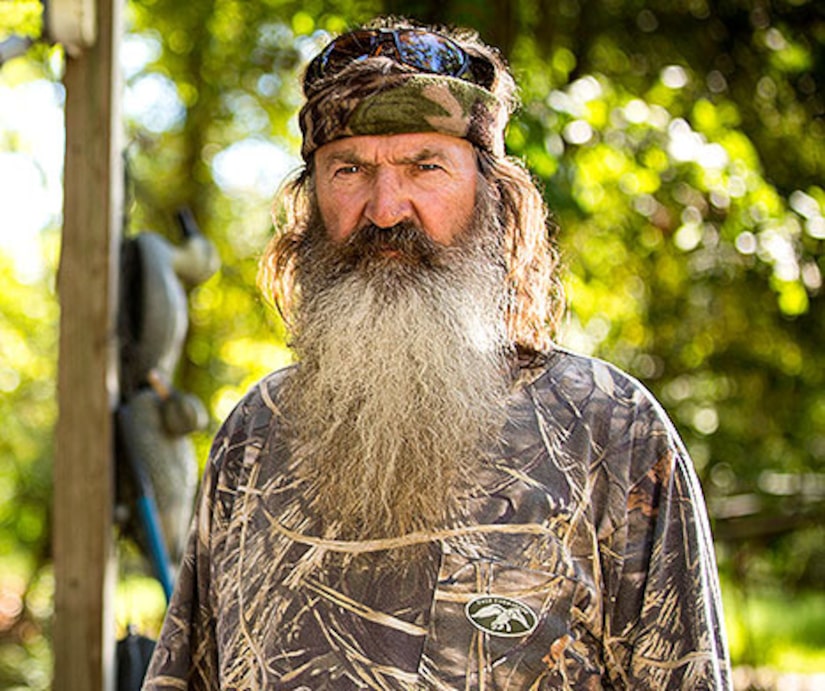 Phil Robertson, the patriarch of the hit A&E show "Duck Dynasty," has been suspended “indefinitely” after letting his contempt for homosexuality be known in a GQ magazine interview.

The network said in a statement Wednesday, "We are extremely disappointed to have read Phil Robertson's comments in GQ, which are based on his own personal beliefs and are not reflected in the series 'Duck Dynasty.' His personal views in no way reflect those of A&E Networks, who have always been strong supporters and champions of the LGBT community. The network has placed Phil under hiatus from filming indefinitely."

In the January issue of GQ, Robertson said homosexuality is a sin and put it in the same category as bestiality and promiscuity.

GLAAD fired back, calling Robertson's comments “vile” and asking A&E and “Duck” sponsors to reconsider their “ties to someone with such public disdain for LGBT people and families."

Before their official statement suspending the duck-call mogul, A&E let Robertson release a semi-explanation, in which he said, “I myself am a product of the 60s; I centered my life around sex, drugs and rock and roll until I hit rock bottom and accepted Jesus as my Savior. My mission today is to go forth and tell people about why I follow Christ and also what the Bible teaches, and part of that teaching is that women and men are meant to be together. However, I would never treat anyone with disrespect just because they are different from me. We are all created by the Almighty and like Him, I love all of humanity. We would all be better off if we loved God and loved each other.”