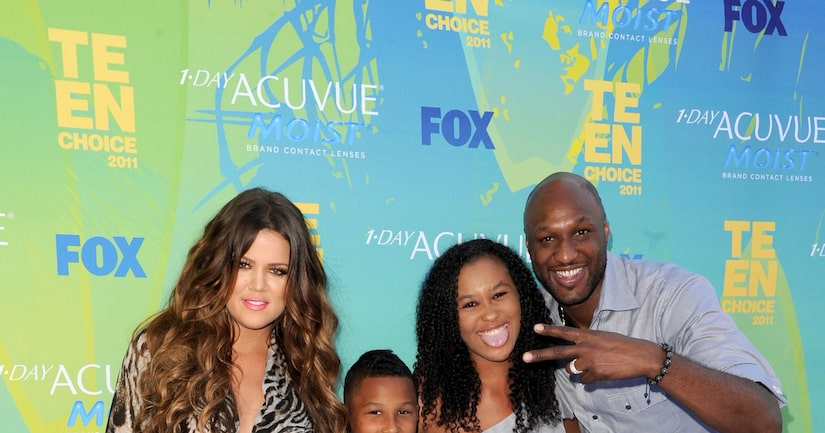 Lamar Odom's daughter Destiny Odom, 15, is speaking out for the first time about her dad's divorce from Khloé Kardashian.

According to the Daily Mail, she answered questions about the famous couple on her ask.fm page, and it doesn't seem like she's sad to see Khloé go.

Destiny, daughter of Lamar and his ex, Liza Morales, wrote, "No one thought they were going to last, so honestly, who (cares)."

When a user asked if she wanted to see the pair reconcile, she replied, "I don't want it to happen anyways, I have him all to myself.”

Another ask.fm member wondered if Destiny and Khloé would still “be cool” after the split. Destiny laughed at the idea.

Kardashian filed for divorce last week citing irreconcilable differences. The two, who wed in 2009, have been living apart for months after allegations of Lamar's drug use and cheating.

The reality star was rumored to be moving on with L.A. Dodgers outfielder Matt Kemp, but a source told People the Khloé
and Matt are just friends.