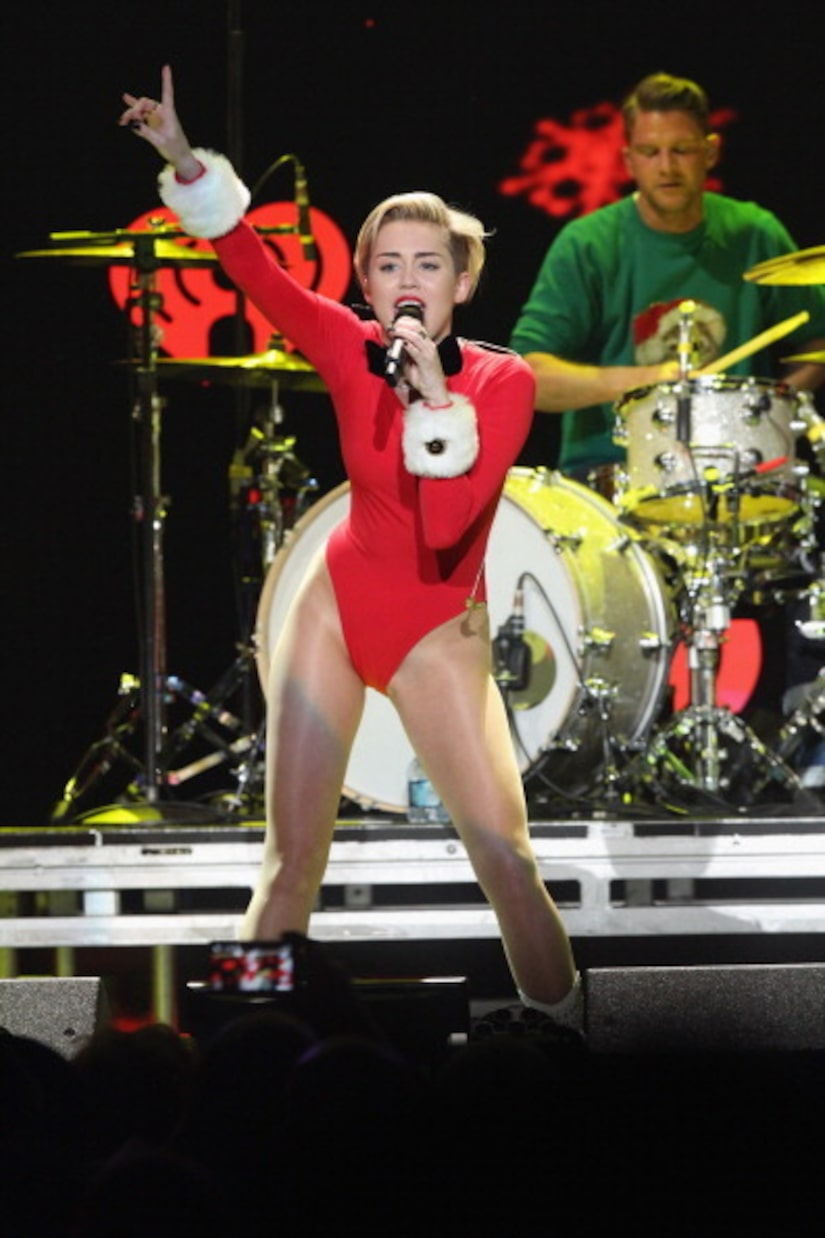 Now, everyone can party with Miley Cyrus on New Year's Eve!

The "Wrecking Ball" singer switched-up her plans for December 31, bowing out of a hosting gig at the Fountainbleau Miami Beach hotel with Pharrell Williams to perform in Times Square!

She tweeted about the honor, saying, "Smilers! There's been a change in my NYE plans. @RyanSeacrest asked me to perform in Times Square for #RockinEve!!"