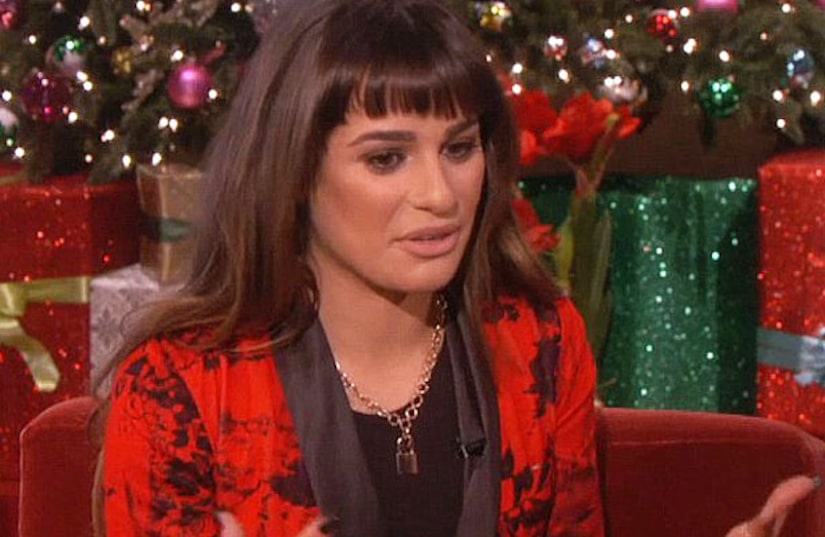 “Glee” star Lea Michelle admitted she is still “trying to figure out” her life after boyfriend Cory Monteith's tragic death this summer, but says she felt like the “luckiest girl in the world” when she was with him.

Appearing on “The Ellen DeGeneres Show” on Wednesday, the actress opened up about Cory, who died of a drug overdose in July. “I really feel like I'm still trying to figure out all of this. It's been only a few months, but my mom has experienced a lot of loss in her life and she told me at one point, she said, 'There is an empowerment that comes with grief, at some point you find it. It's very hard, but you will find it,' and I think at a certain point you can choose to sort of fall from this or you can choose to rise.”

The singer, who was promoting her new single “Cannonball,” said she's taking things day by day. “That's what I'm just trying to do my best for him, because I know that that's what he would have wanted, and to just do my best and to, you know, hopefully make something positive for where I go in the rest of my life.”

One of those things is continuing to work on “Glee.” Michele said, “This grief goes with you every day, whatever you're doing. There are great moments, hard moments, so I'd rather, for me, be at work with the people who I love that are going through it, and it obviously has its own triggers, but at the end of the day I feel so safe there. And like I said, they're my family.”