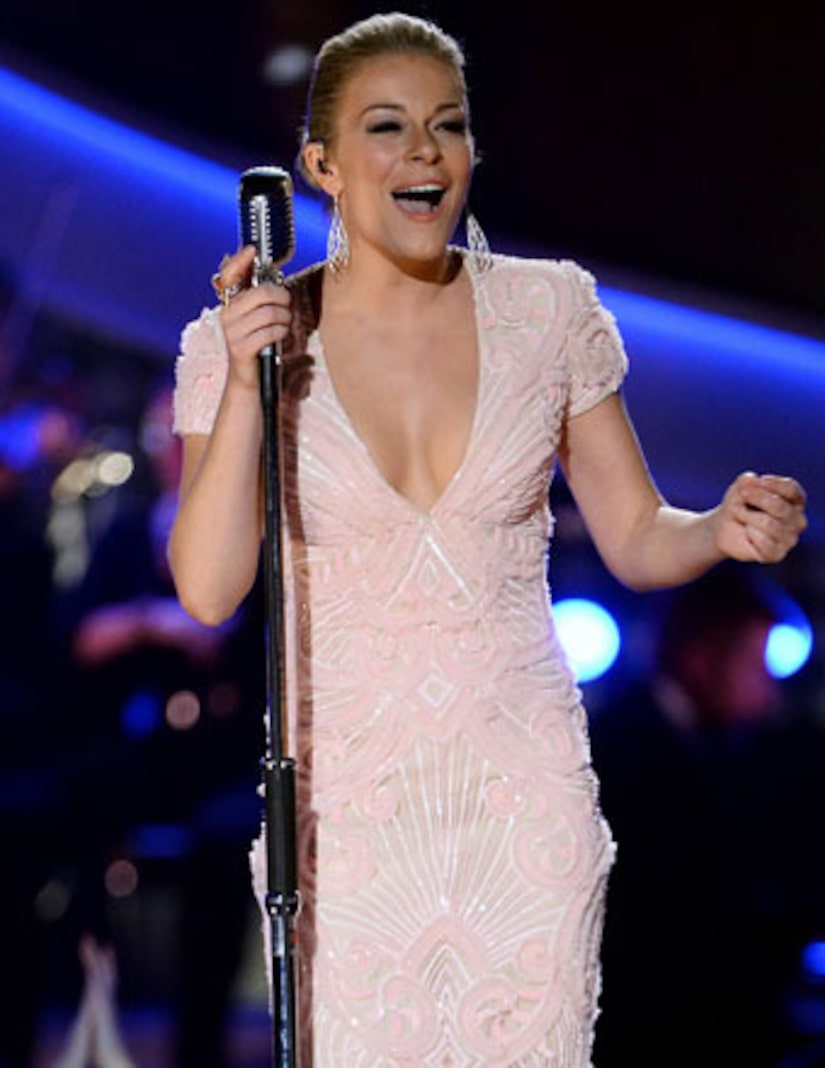 “Extra’s” Terri Seymour sat down with LeAnn Rimes before her emotional tribute to Patsy Cline at the American Country Awards on Tuesday night.

LeAnn cleared up rumors about her and husband Eddie Cibrian, and she dished on her first-of-its-kind music video shot on an iPhone.

Rimes explained why she and Eddie decided to do a reality show. “Eddie and I wanted to have fun and work together again… we take things and we make fun of a lot of the rumors and address a lot of the things and go into some deeper personal stuff.”

LeAnn added that they poke fun at the headlines about them. “One of them recently was that I was faking a pregnancy to keep Eddie, that was interesting… Oh, I pay him for sex! That was the good one that we heard recently… I'm like, what?? Yeah, we were breaking up last week… now I'm paying him for sex.”

Right now LeAnn is paying more attention to her music than the headlines. Her new music video for “Gasoline and Matches” was entirely shot and edited on an iPhone by director Ian Padgham.

The country star explained the concept behind the video, “I’m so excited to be on the cutting edge of this… when it comes to videos, there’s not really much else to do that’s different, but to have found Ian Pagnum, he has a whole different mind of his own, he’s just a genius.”

LeAnn continued, “It was shot on two iPhones, he just set them on chairs with those little leg things… with the concept, we just kind of let him go. For this to be the first video really ever created on an iPhone, it took him over 8,000 actual singular shots to create the video.”

Another first for LeAnn, she is leaving the record label she has been with for 20 years, “I’ve been in a record deal for 20 years, and I’ve been there since I’m 11, I’m out of it in three days, so I have a lot of new things that are going to happen… I’m scared and excited.”