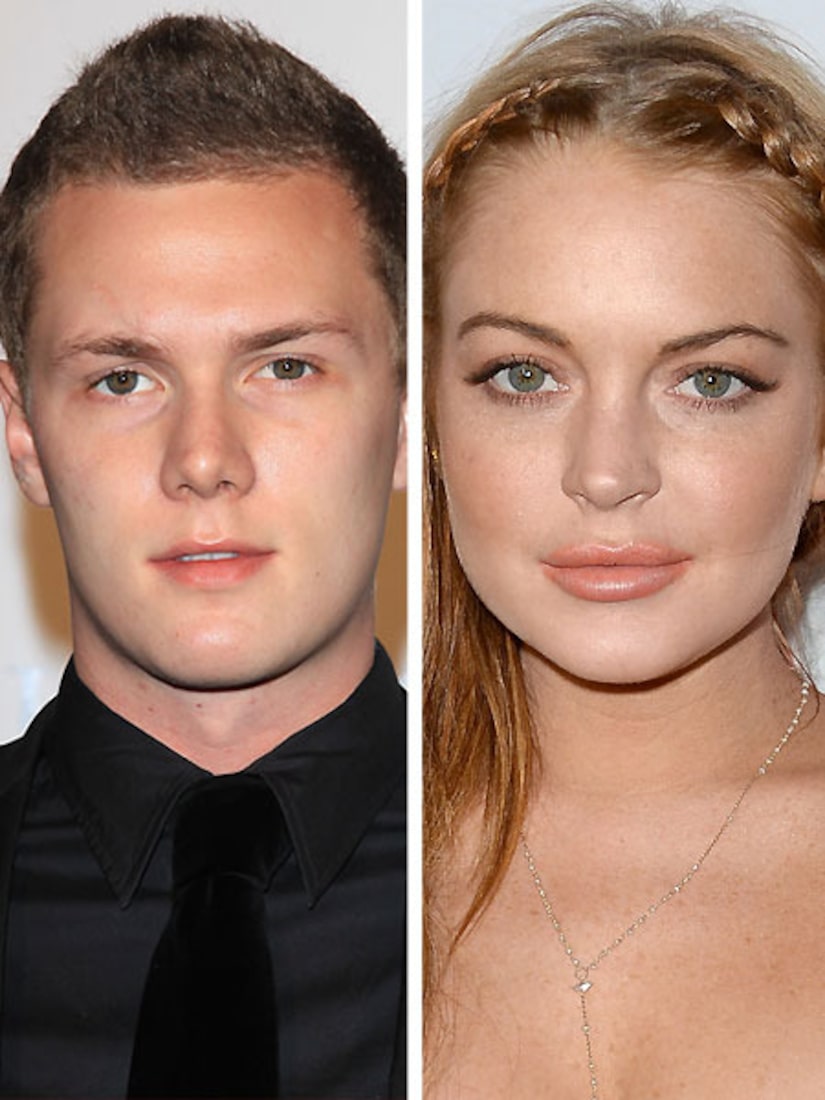 The altercation occurred Friday morning at a party being held at a private mansion in Miami.

TMZ reports Barron told police that Lohan and a male friend, now identified as Ray LeMoine, approached him, and Lohan screamed, “You talk sh*t about me to my boyfriend, this is what you get.” A short time later, LeMoine reportedly began to beat up Paris brother.

A rep for LeMoine, who was renting the house for the weekend, told TMZ that Ray did punch Barron in the face but only after Barron got physical when he refused to leave the house.

LeMoine's rep also stated LiLo had nothing to do with it.

A bodyguard hired to look after Lohan in Miami also told GossipExtra.com that his client was not involved in the fracas. “I was standing off to the side with Ms. Lohan when I heard a big thud and the next thing I knew, that Hilton kid's face was all bloodied. We were getting Ms. Lohan to her SUV to take her off the property. She didn't like what was happening there and she wanted to leave.”

Barron, however, insists Lohan orchestrated the whole thing because she thought Barron was talking smack about her at the party. He not only wants to press charges, reports say he plans to file suit against Lindsay and Ray.

On Saturday, Barron posted a picture of his battered face on Instagram. Among the many comments on the photo, his sister Paris stated, “They both will pay for what they did. No one f***s with my family and gets away with it!!”

Lohan was in Miami to attend the Art Basel festival.