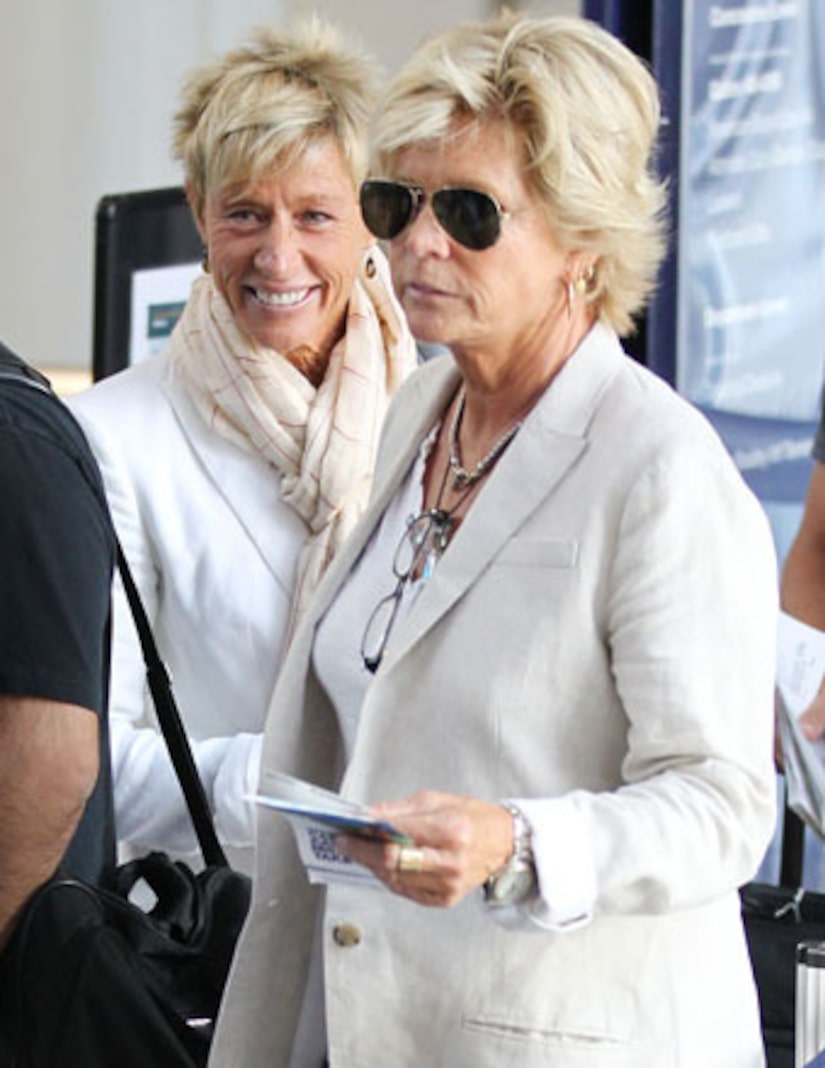 It's official! “Family Ties” star Meredith Baxter and her longtime partner, contractor Nancy Locke, are married! The two tied the knot in a wedding ceremony in Los Angeles on Sunday.

The brides exchanged handwritten vows before an audience of close friends and family, including Baxter's five children, says People.

Music was a big part of the celebration. A friend performed at the ceremony and reception, and Locke's band even took the stage. The twosome reportedly took lessons so they would be prepared for their first dance.

The TV actress, who was previously married to Robert Lewis Bush, David Birney and Michael Blodgett, opened up about her experiences in her 2012 memoir, “Untied.”