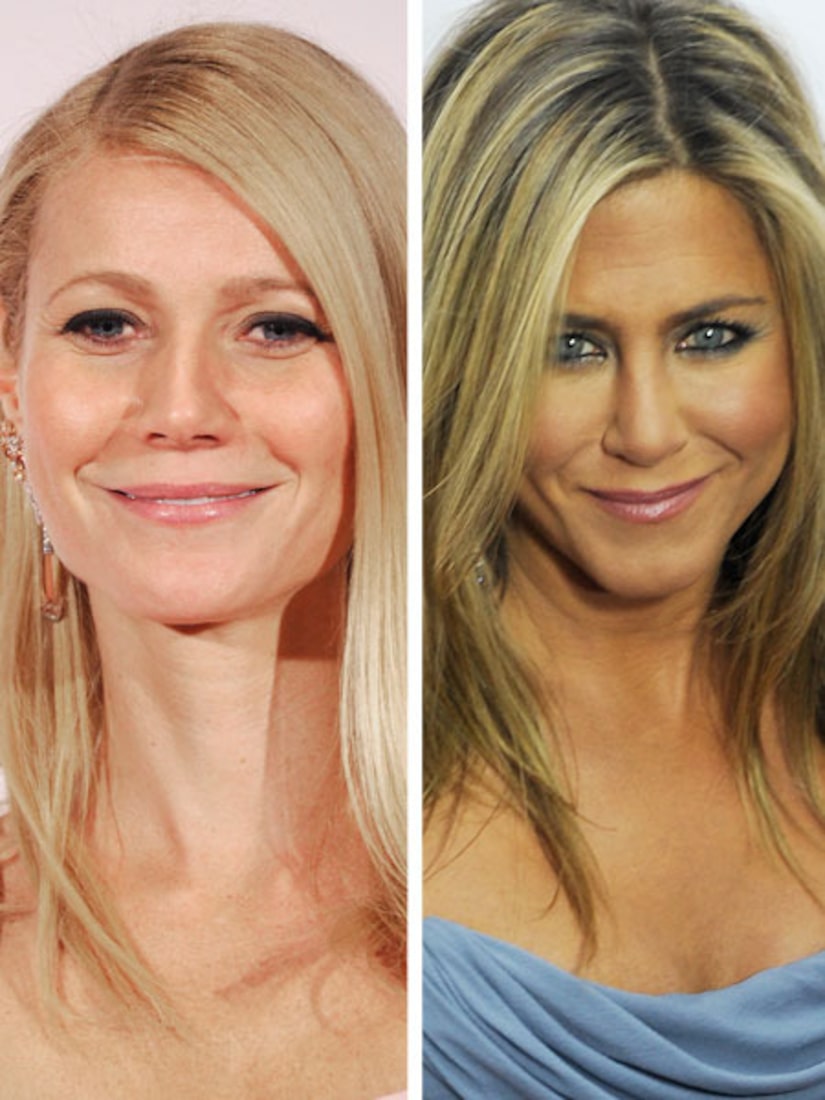 Actress Gwyneth Paltrow was invited to Jennifer Aniston's holiday party on Sunday. Why? The two actually know each other beyond just being exes of Brad Pitt.

E! News reports Aniston, 44, and Paltrow, 41, are both very close pals of Robert Downey Jr., who was also in attendance.

Paltrow starred with Downey Jr. in the “Iron Man” franchise, while Aniston and fiancé Justin Theroux are personal friends of Robert and his wife Susan Downey. Theroux also wrote the screenplay for “Iron Man 2.”

"It's definitely Jennifer's favorite party of the year and something she looks forward to," a source told E! News. "The house was decorated beautifully and all of the white lights were stunning. Jennifer made sure every detail was perfect."