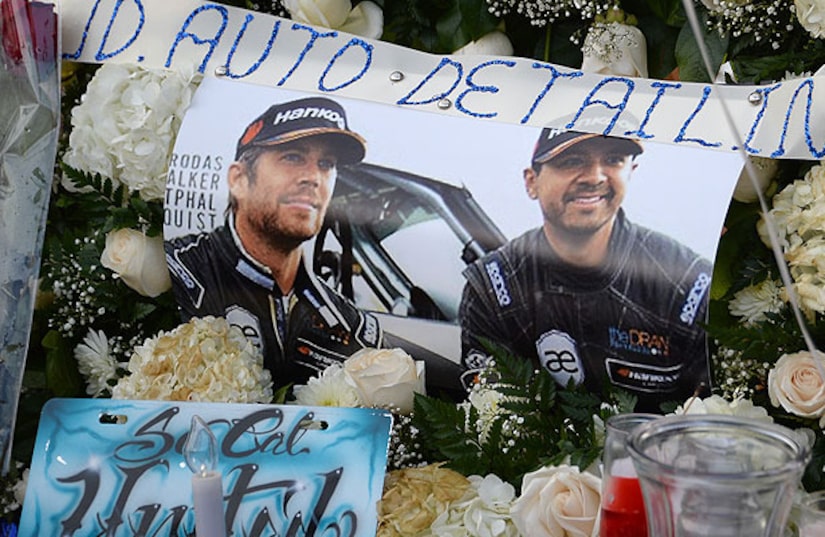 Thousands of fans, friends and car enthusiasts headed to Santa Clarita on Sunday to pay tribute to Paul Walker and Roger Rodas at the site where the “Fast & Furious” star and his friend died in a car crash.

The memorial, which started around noon, saw many arrive in high-performance cars, with the sounds of revved-up engines filling the air.

Davin Smith, 31, and his girlfriend, Yoli Perez, 21, were among those gathered at the site.

Smith told L.A. Times, "Unfortunately, we're here for a tragic reason, but it's an opportunity" for car enthusiasts to show off their vehicles, he said, as a line of revving muscle cars and motorcycles paraded down the street past the crash site.

Down the hill, near a community church, fans climbed on a ladder to sign a large canvas, with photos of Walker and Rodas stretched over the side of a big-rig trailer.

The event was expected to conclude Sunday evening with a cruise through the area 30 miles northwest of downtown Los Angeles.

Walker, 40, and Rodas, 38, died tragically November 30 when a 2005 Porsche Carrera GT driven by Rodas crashed into a light pole and tree just minutes after leaving a charity event at Always Evolving.