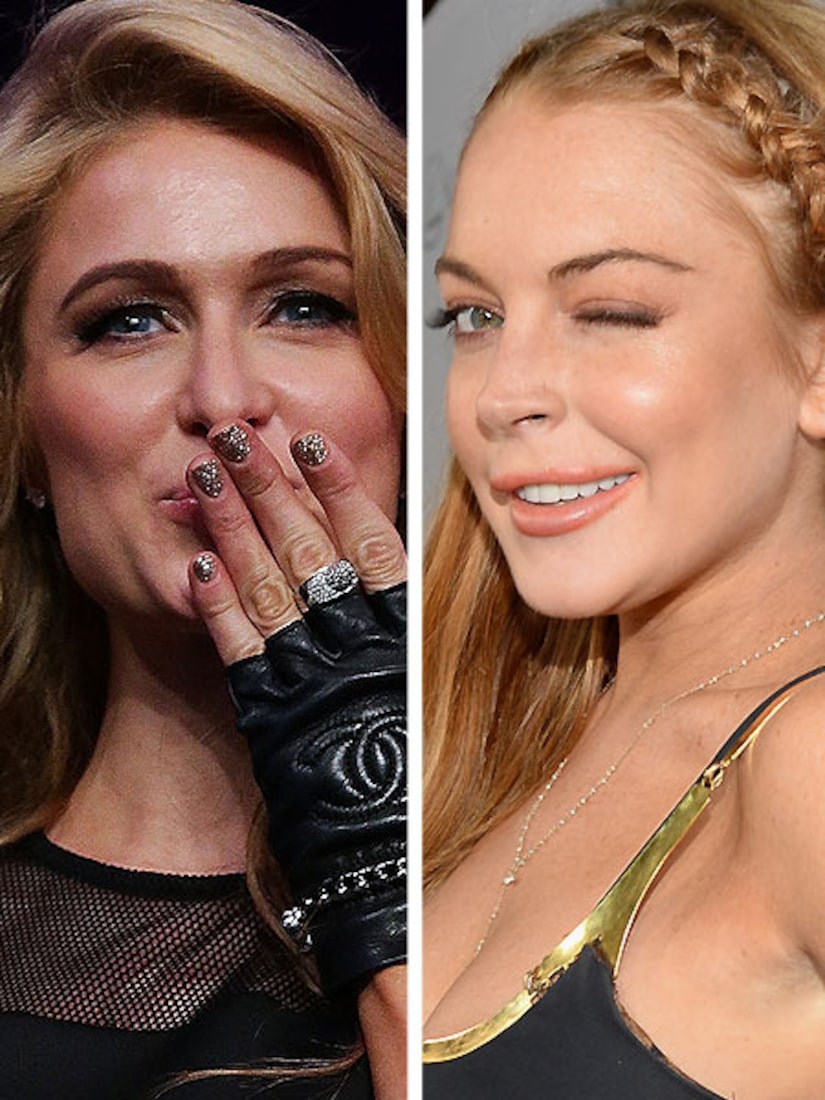 According to TMZ, the altercation occurred on Friday at a party at Lohan's private mansion in Miami, where someone accused Barron of bad-mouthing Lohan.

Barron told police, who were called to the scene, that Lohan and a male friend approached him, and Lohan screamed, “You talk sh*t about me to my boyfriend, this is what you get.” A short time later, Lohan's male friend reportedly began to beat Hilton up.

On Saturday, Barron posted a picture of his battered face on Instagram. Among the many comments on the photo, his sister Paris stated, “They both will pay for what they did. No one f***s with my family and gets away with it!!”

Although Barron insisted to police that Lohan was behind the attack, Lindsay and her father deny she had anything to do with it, and that she had left the party before it happened. Michael Lohan says they have witnesses to prove it.

A video obtained by TMZ.com, however, seems to contradict that. It shows Lohan sitting in an SUV being confronted by Hilton right after the attack. On the video, Lohan can be heard saying she saw nothing and taunting Barron.

Lohan was in Miami to attend an art festival.