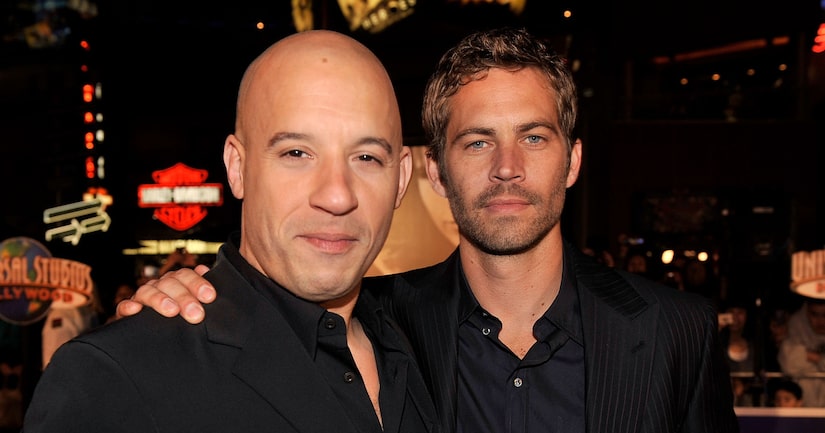 He wrote, “When I heard, I immediately flew back to California, and went directly from the plane to his mother's house… I thought they needed my strength, but realized when I got there and broke down before his family, that it was I who needed theirs… His mother hugged me and said I am so sorry… I said sorry? You're the mother who lost a son… She said yes, but you lost your other half…”

Earlier this week, Diesel visited the car crash site that took his brother's life, and told the fans there, "At this hard time his family gets to see all of you show the love that you've shown Paul. It's going to stay with me forever.”

He continued, "I just wanted to say thank you. Thank you for coming down here and showing that angel up in heaven how much you appreciate him."

Fans and friends will gather on Sunday to mourn the loss of the “Fast and Furious” actor at various memorials around Los Angeles.